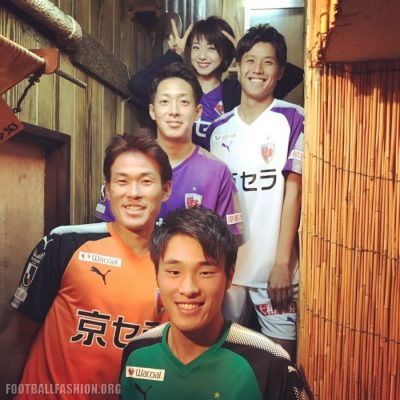 The club have unveiled their new look home and away uniforms ahead of the start of their preparations for next Japanese domestic football season in January. 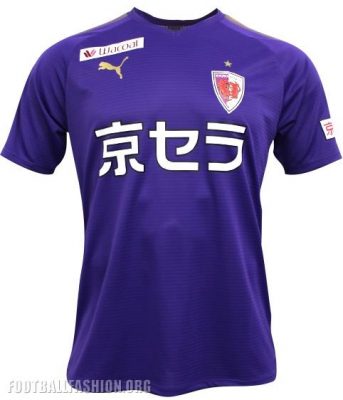 The Kyoto Sanga 2019 home and away kits use a v-neck jersey design from PUMA in the club’s customary primary purple and alternate white. Stylized versions of PUMA’s T7 stripes run along their sleeves and shoulders. 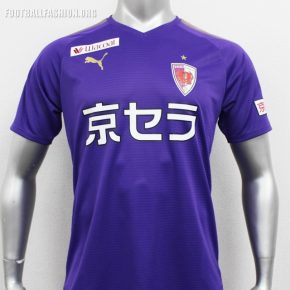 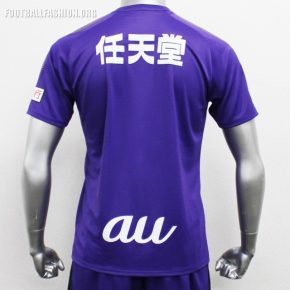 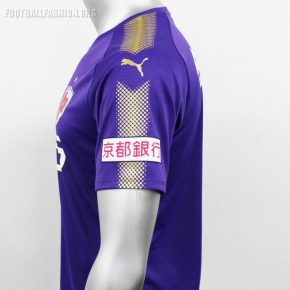 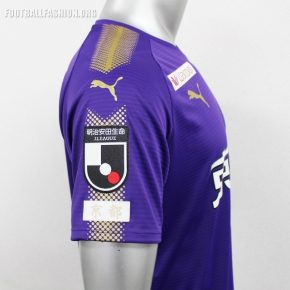 They are gold on the home kit and white on the away shirt. 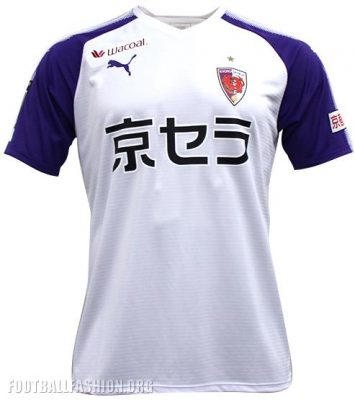 The stripes are made up of a series of printed dots with a built-in gradient effect. A chevron-shaped break in them has the PUMA Cat logo printed in it. 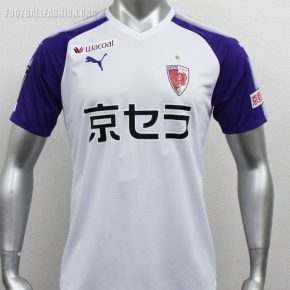 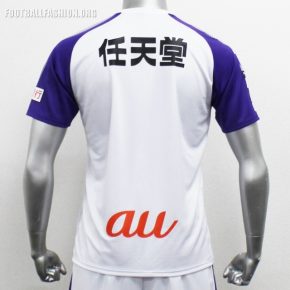 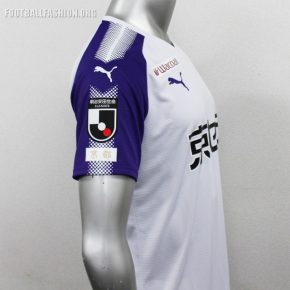 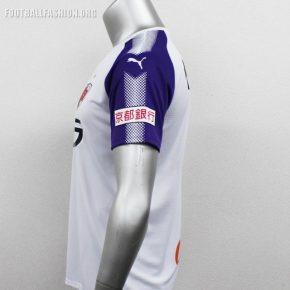 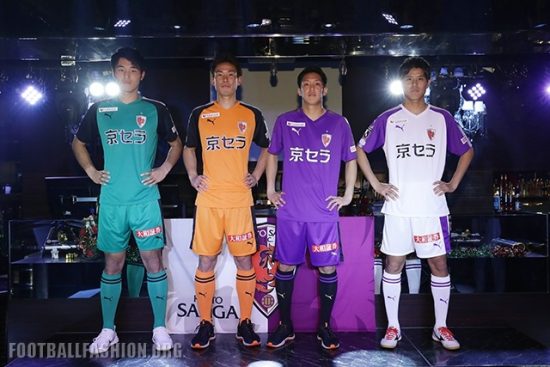 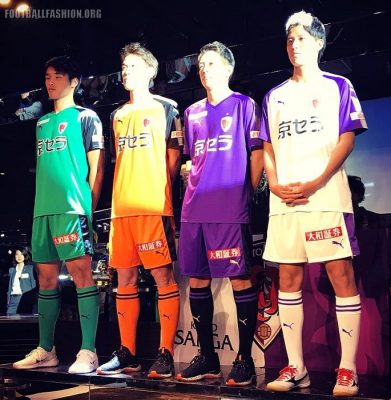