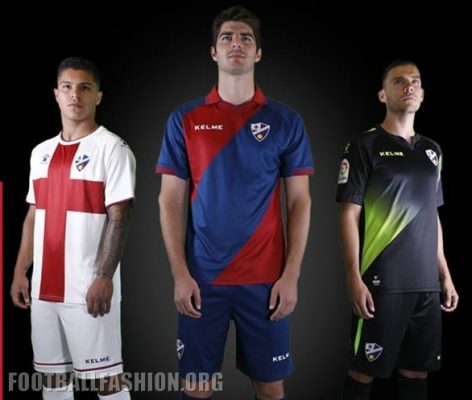 As the modest club from Aragon prepares to meet the UEFA Champions League winners of four of the last five seasons we thought that we’d bring you a look at their 2018/19 home, away and third kits from Kelme. 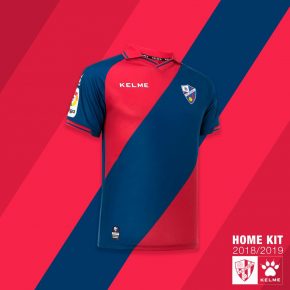 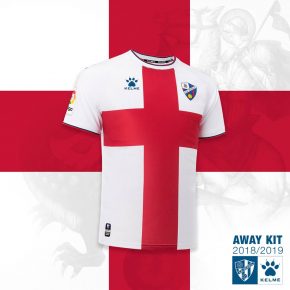 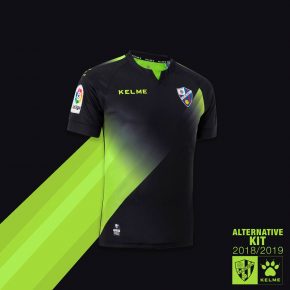 The SD Huesca 18/19 home kit is characterized by its sloping wide blue band on a red  background. It is intended to represent Huesca’s acendancy into La Liga. The sleeves and back of the shirt are also blue. The red polo collar on the jersey is combined with a ribbed v-neck for a classic touch. 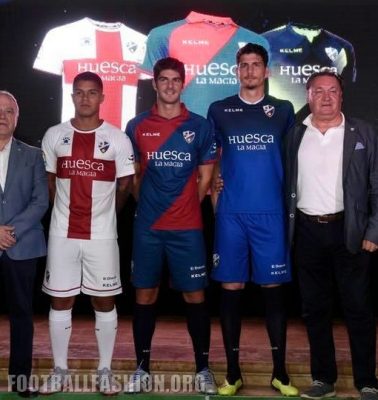 Huesca’s 18/19 Kelme away kit is all white with a red Cross of Saint George (partron saint of Aragon) on its front. It has a rounded neckline with red and blue trim that matches that fo the sleeve cuffs. 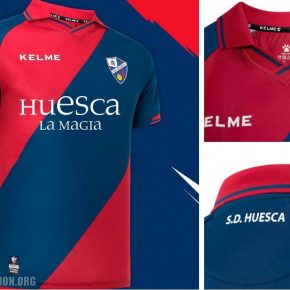 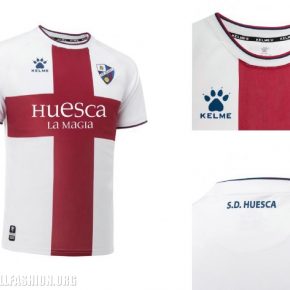 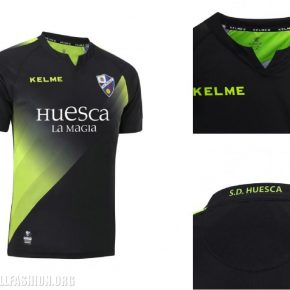 The SD Huesca 2018/19 third shirt is the most modern of their current match range. It is mainly black with a series of yellow-green diagonal linges on its front. The have gradient effects that see them fade to black at the mid-frontal area of the jersey. The inside neckline and and Kelme logo are also in yellow-green. 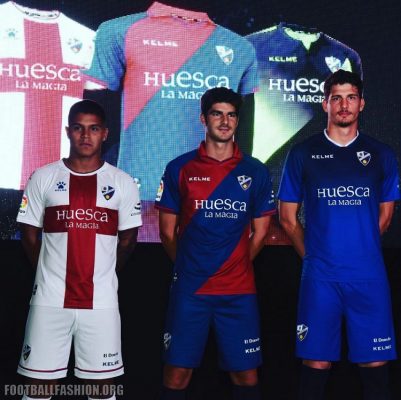 “S.D. Huesca” is printed on their upper backs of the home and away kits and on the outside of the rear collar on the third shirt.