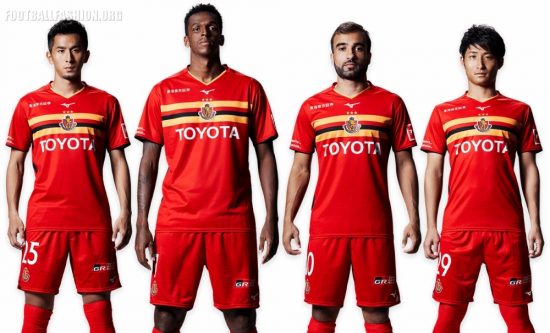 The one-time J1 champions have since released their 2019 home kit from Mizuno using theme “Straight, simple, strong”. This is expressed via the the yellow, red and black chest band on the jersey. 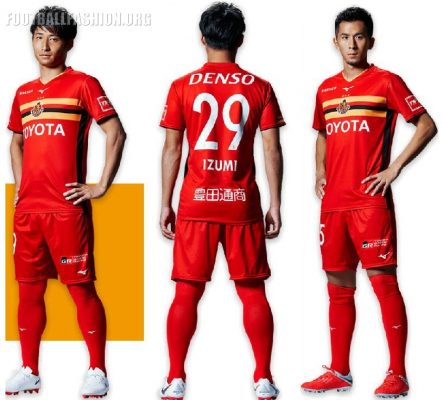 The club says that the lines also represnet the togetherness of Nagoya Grampus’ fans, local community and staff. The team’s crest appears at the middle of the band with the Mizuno logo just above it. 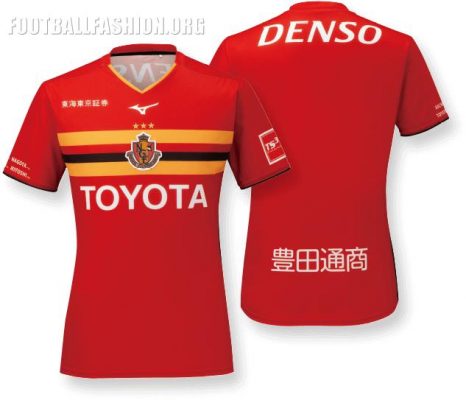 The Nagoya Grampus 2019 home shirt uses a bespoke desgin from Mizuno with a modern v-neck look. The collar of the mainly red kit is trimmed in dark yellow with black running along its inside neckline and at its sleeve tips. All of the sponsor logos on the jersey are white. 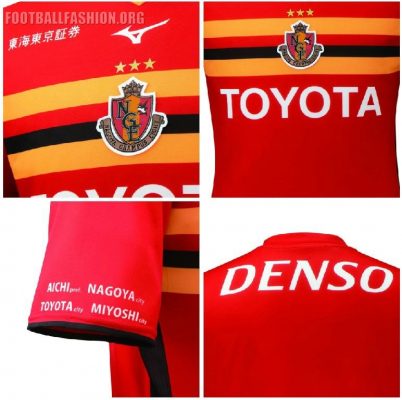 The names of the prefecture and cities that Nagoya Grampus represents are printed in English on the lower right sleeve. 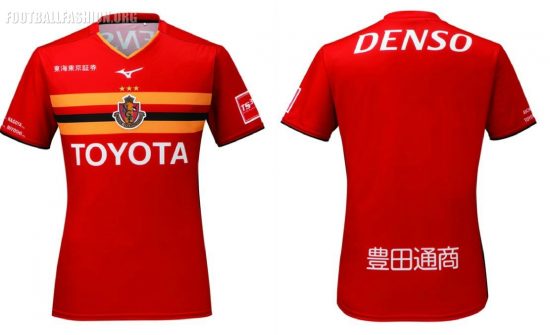