Back to back Japanese J1 League champions Kawasaki Frontale have unveiled their 2019 home kit from PUMA Japan. The shirt is the first drop from PUMA’s 2019/20 football teamwear catalog. 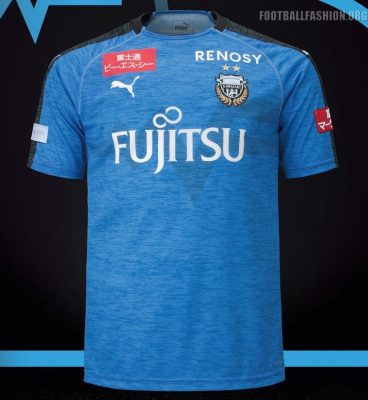 Released with the theme “The Beat of Kawasaki”, the jersey features the club’s customary light blue as its base color. 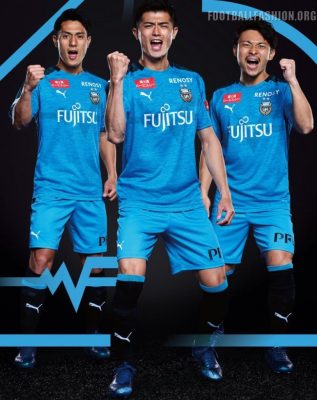 A heather effect runs throughtout the kit to in what PUMA calls an expression the energy of Kawasaki Frontale’s supporters. 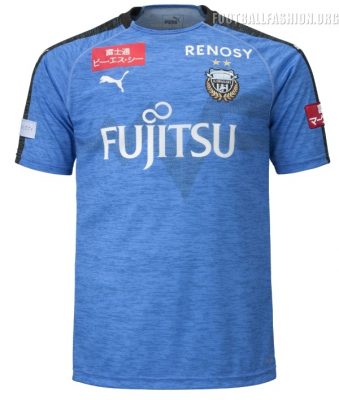 A tonal electric pulse effect is printed across the chest to reperent the pulse of Kawasaki Frontale on their 90 minutes on the pitch during all of their matches.

The Kawasaki Frontale 2019 PUMA home kit has a creweneck with the German sportswear firm’s T7 stripes in black along its sleeves and shoulders.  The club’s matched is applied via a three dimensional rubberized material. Sponsor logos appear above the crest, PUMA Cat logo, on the front and sleeves.