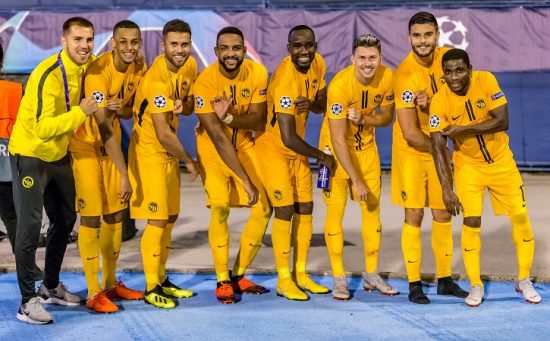 The popular team from Bern are wearing home and away kits from Nike’s teamwear catalog for their 2018/19 domestic and European seasons. Both use the same v-neck design with a pair of black stripes running down their mid-front. 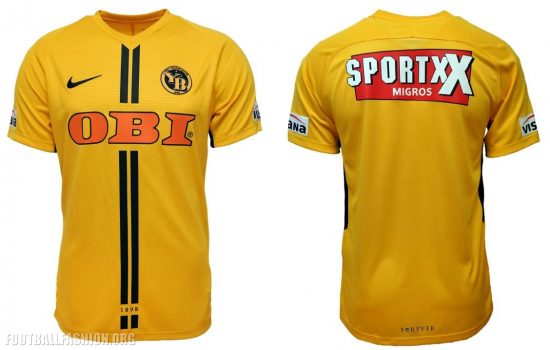 The year of BSC Young Boys’ founding , 1898, is printed in a break towards the bottom of the stripes. “FOREVER” appears just above the rear waistline. 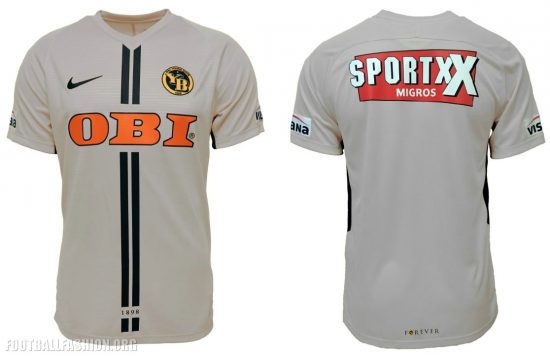 The home shirt is in Young Boys’ traditional yellow while the away jersey is white. Young Boys’ have worn their 18/19 home kit with yellow and black shorts over the course of their ongoing season. 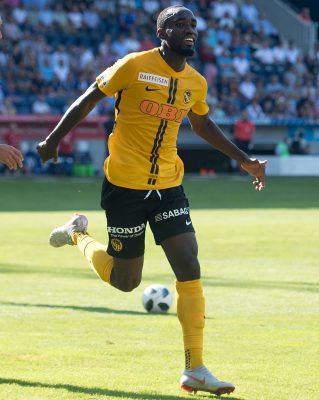 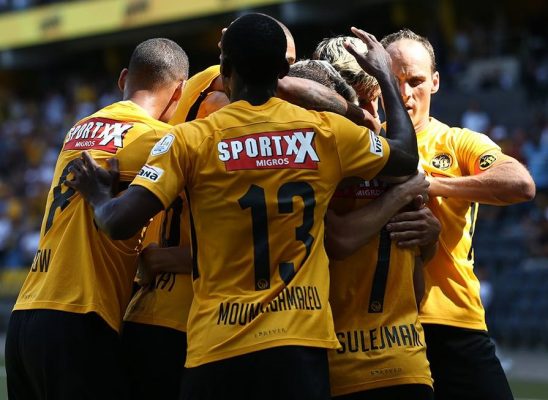