Back in Italy’s Serie A following their reformation as a Serie D side in 2015, Parma Calcio 1913 kick off their season against Udinese on Sunday. 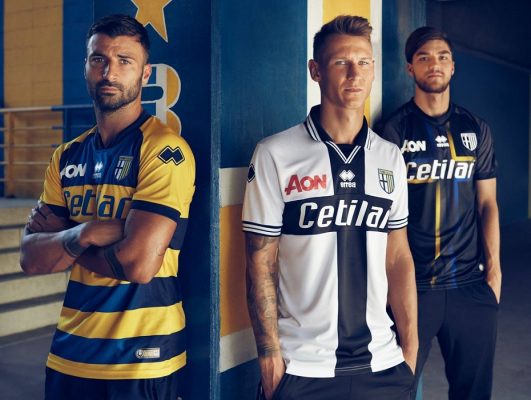 The three-time Coppa Italia and two-time UEFA Europa Cup (now the Europa League) winners will wear a three match kit collection from technical partners of over a decade now Errea for their return to the top division of Italian soccer. 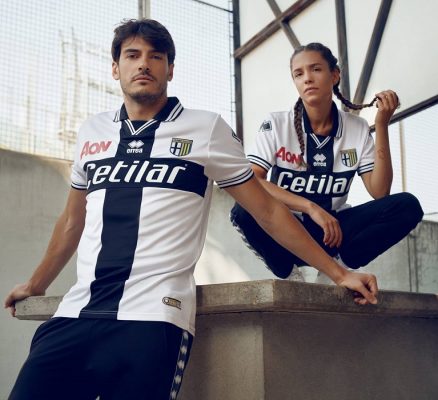 The Parma Calcio 2018/19 Errea home kit carries the club’s classic primary look with a white base and black cross emblazoned acorss its front. The collar on the jersey has a 1990s feel with a ribbed polo collar and v-neck combination. 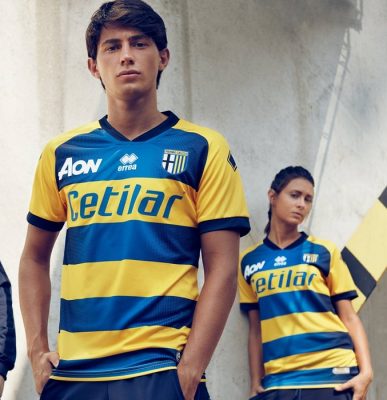 This is inspired by the Parma’s most successful decade (in which they won four of their five major trophies). 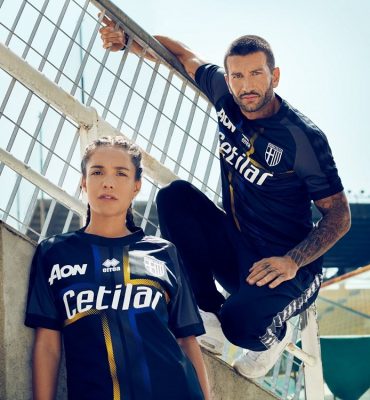 The Parma 18/19 away jersey uses the blue and yellow hooped look that has often been chosen for the team’s alternate jersey throughout its one hundred and five year history. The inspiration behind them are the stripes on the Parma crest and the colors of the flag of the city of Parma. 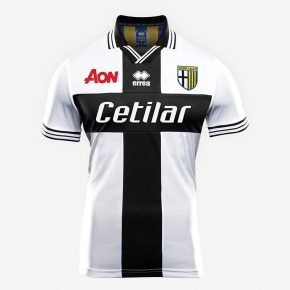 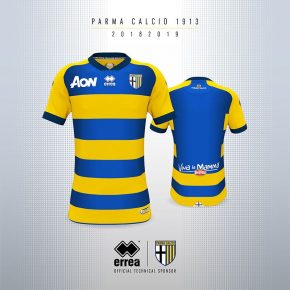 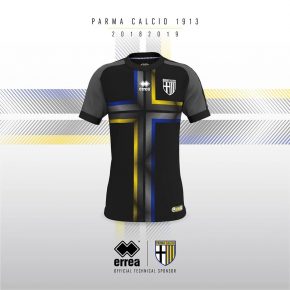 Parma Calcio 1913’s 2018/19 Errea third shirt carries a modern crewneck design in black and gray. It has an equally contemporary version of the club’s shirt cross on its front that includes blue, yellow, black and shades of gray along with a series of diagonal pinstripes. 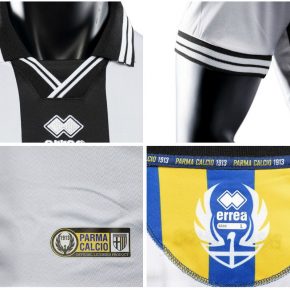 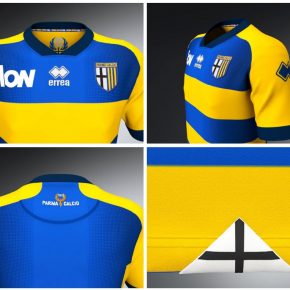 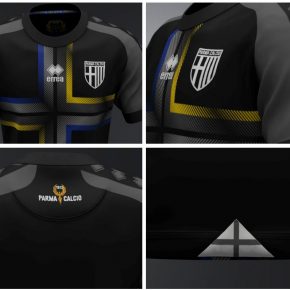 All three kits have a print of a Phoenix on their inside and outside necklines in reference to the Parma emerging from bankruptcy and dissolution over the past three years. 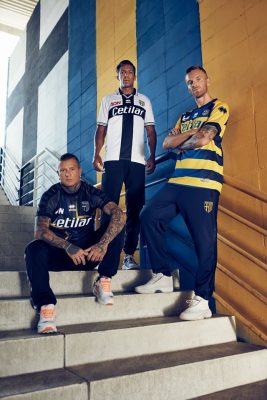