Already in the midst of competitve action via the UEFA Europa League, Burnley Football Club have revealed a stunning away kit from PUMA for their 2018/19 Premier League, EFL Cup, FA Cup and European seasons. 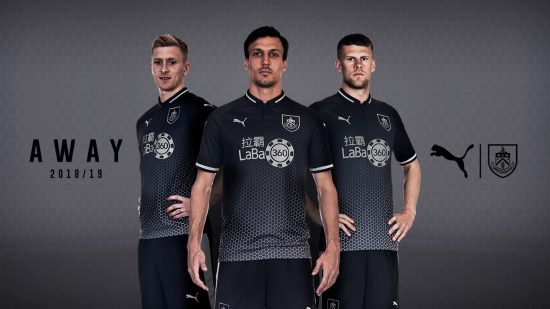 The new shirt sees The Clarets in a mainly black jersey for the first time since they began their current Premier League run in the 2014/15 season. It joins the club’s already released 18/19 home and away kits in their new playing range. 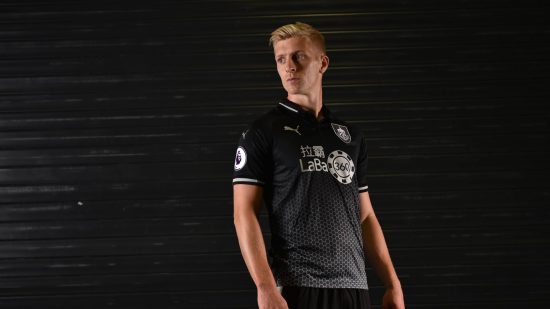 The Burnley 2018/19 away kit uses a new PUMA design with a silver honeycomb pattern gradually appearing from the chest to waistline. Silver is used to accent the shirt at its polo collar and sleeve cuffs and for the PUMA and shirt sponsor logos on it. The Burnley crest uses black and silver only. 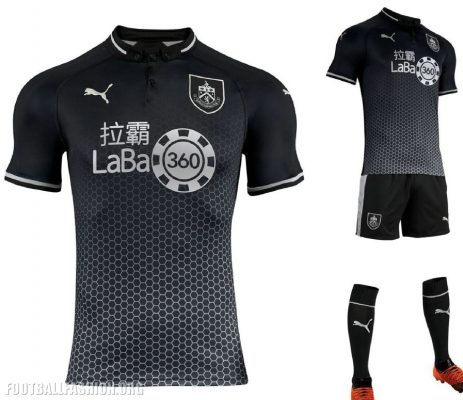 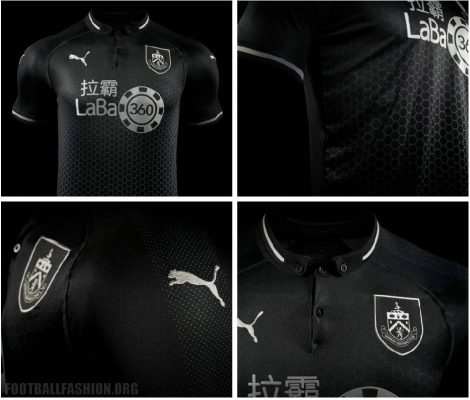 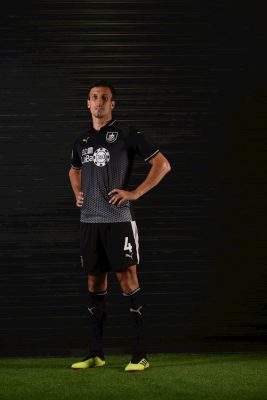