The new AC Milan third kit was revealed on last night as part of the Italian Serie A and European footballing giants ongoing tour of the United States. 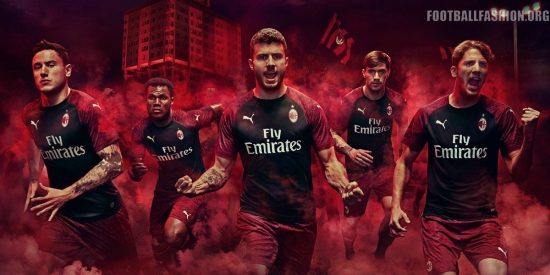 At 87 Capp Street wall in prominent San Francisco, California the new AC Milan third kit was revealed. The kit was brought to life through a mural display on the popular hot spot for artists in the area.

Artist Sam Flores’s work came to life throughout the day to reveal the team in the new third kit. 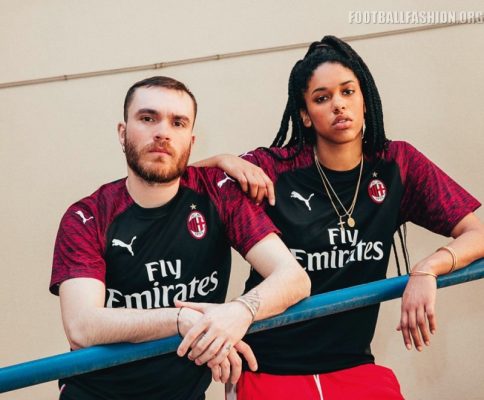 Players Calabria, Cutrone, Kessie, Locatelli and Romagnoli from AC Milan were able to come see the wall and were pictured in front all wearing the third kit. 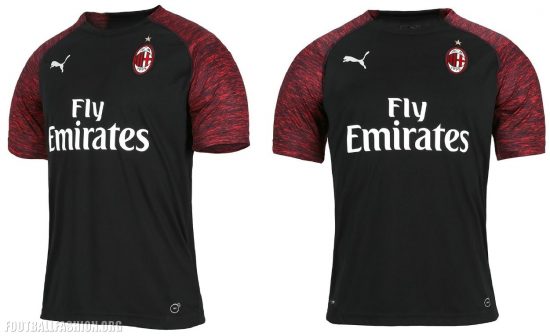 Featuring a round neck collar with a distinctly modern feel, the third kit comes in the black that has been seen on alternate kits of the club since 1936. 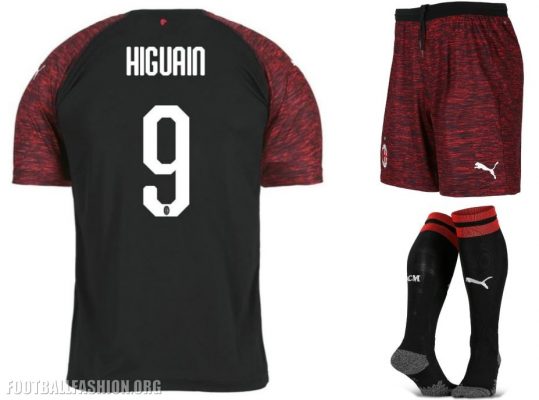 Other unique details include the ‘Diavolo Rossonero’ (The Red&Black Devil) on the back of the neck and a red and black heather effect on the sleeves. 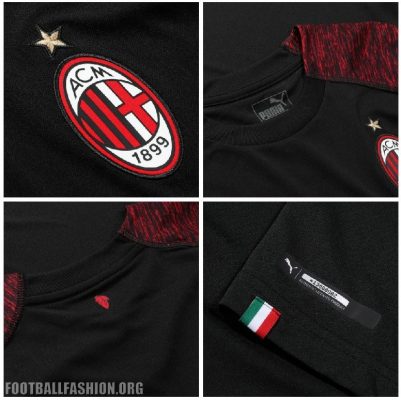 The shirt will be accompanied by red and black heather shorts and black socks with a red band on the trim and ACM lettering detail. 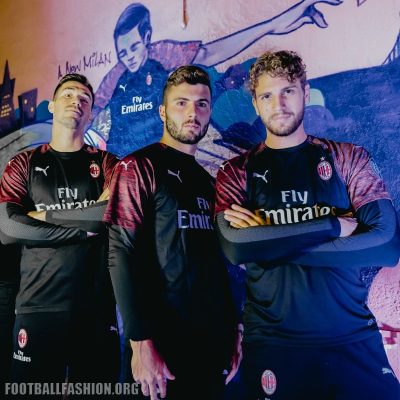 In the words of AC MILAN founder Herbert Kilpin, we wear black because it signifies “the fear our opponents will feel”. 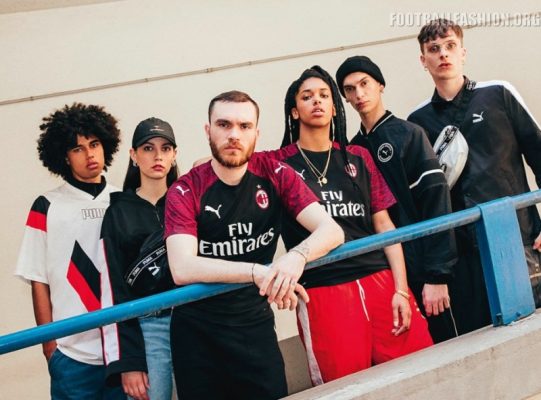 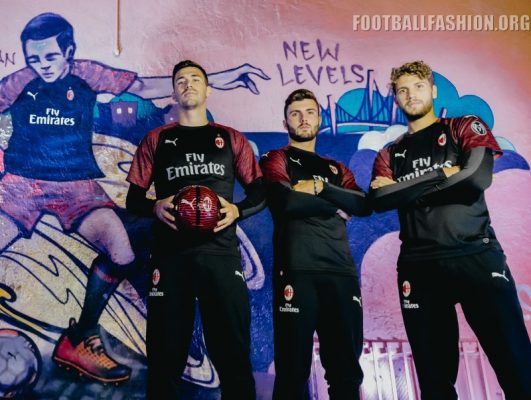