hummel and the Dansk Boldspil-Union (DBU) have launched the Demmark 2018 FIFA World Cup Russia home and away kits. Both will be on sale at World Soccer Shop, UK Soccer Shop, Lovell Soccer, Pro:Direct Soccer, Subside Sports and Kitbag. 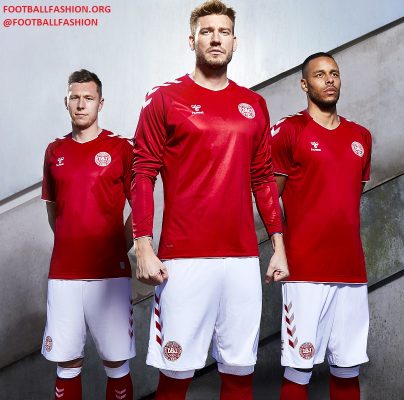 Both Denmark 2018 World Cup kits use a new v-neck design from hummel that includes blue trim on the collars are sleeve cuffs and tonal Danish crosses on their fronts and back. 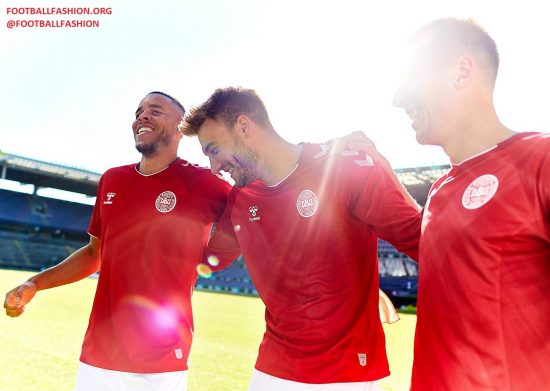 The red primary and white alternate shirts are inspired by the Danish jerseys worn at the 1986 FIFA World Cup and at UEFA EURO 1992 (which Denmark won). 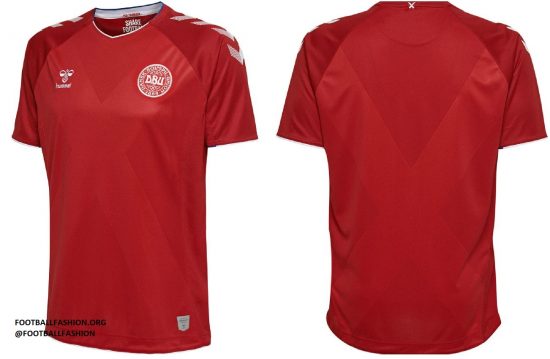 hummel Director Allan What Nielsen says that the players themselves have had the opportunity to have design input for the jerseys, which are accompanied by the slogan ‘Share the Dream’. The saying shows that the players represent all of Denmark. 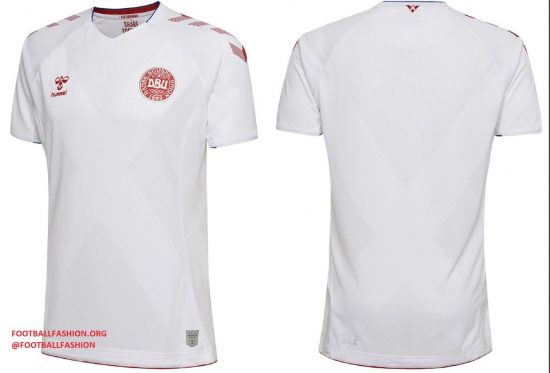 Denmark will debut their 2018 World Cup hummel kit when they meet Sweden and Mexico in warm-up matches in early June.

The Danes are groups with France, Peru and Australia at Russia 2018. 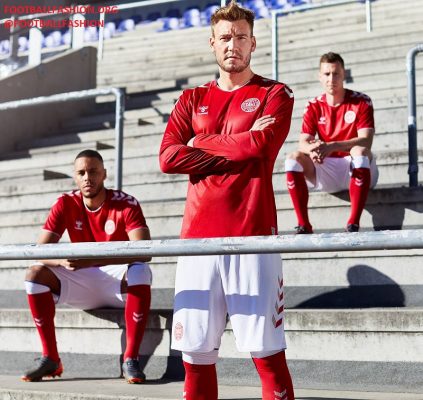 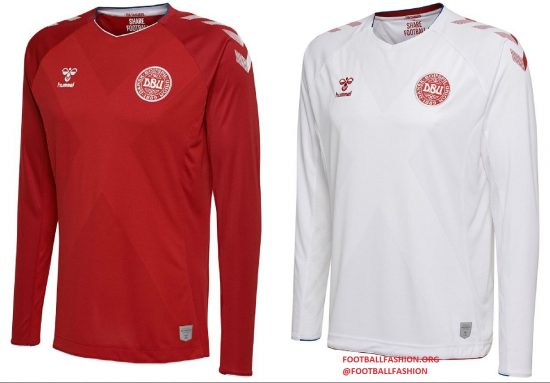