VfB Stuttgart are the first German Bundesliga club to officially launch a kit for the 2018/19 season. With a second spell in Germany’s top tier of soccer assured, the five-time league champions have unveiled their new home jersey for the 18/19 season from technical sponsor PUMA. 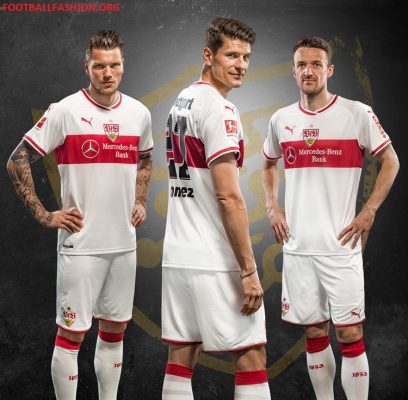 The new Die Roten (The Reds) primary kit is expected to be on sale at World Soccer Shop, Kitbag, Subside Sports, Lovell Soccer, Pro:Direct Soccer and UK Soccer Shop in the coming weeks.

Since the new kit is the VfB Stuttgart 125th Anniversary shirt, the club started a unique process in the autumn 2016 in cooperation with PUMA. It allowed for all VfB club members to submit design proposals for the team’s 2018/19 jerseys. Fiftheen members were selected by a jury of experts to develop the jerseys for the 2018/19 season in five workshops. In addition to the 15 VfB members former players Christian Gentner, Daniel Ginczek, Günther Schäfer, Thomas Hitzlsperger and Michael Meusch joined the process. 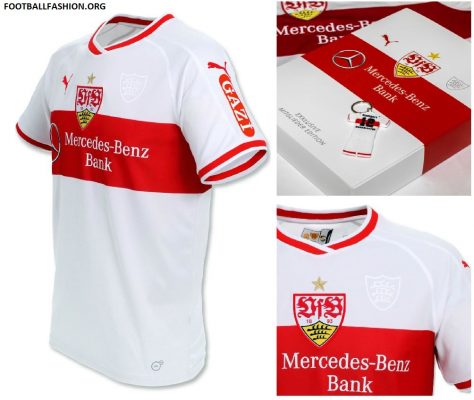 The VfB Stuttgart 2018/19 home kit uses various traditional elements of the club and historic VfB features in its design. The VfB crest sits again in the middle of the shirt’s red chest band as it did 30 years ago. 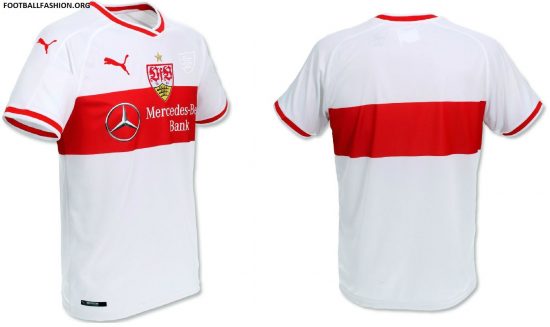 The first VfB badge (which was used after the merger of FV Stuttgart and the Kronen-Club Cannstatt)is embossed on the left chest while the first flag of VfB Stuttgart is printed on the inside neck area. The look of the cuffs and collar pays homage to classic VfB jerseys.

The VfB Stuttgart 2018/19 away and third away jerseys were also developed in the workshops and will be revealed this summer.