English Premier League table toppers Manchester City Football Club wore a specially designed 2018 Champions kit from Nike ahead of Sunday’s 5-0 dismantling of Swansea City at the Etihad Stadium. It is now on sale at Kitbag. 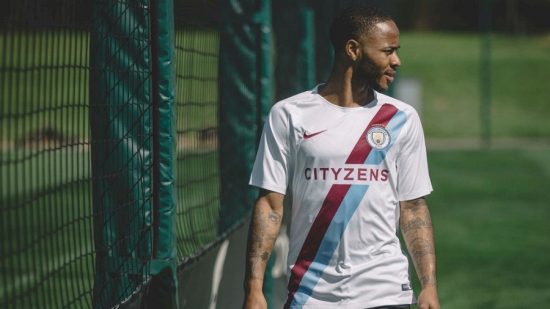 According to a release from The Citizens:  With Manchester City champions of the Premier League for the third time in just seven years, Nike have designed a limited-edition pre-match jersey, worn for the first time during Sunday’s pre-match warm up, to celebrate the remarkable season. 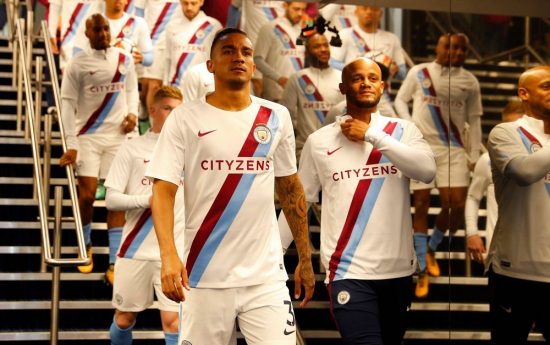 Nodding to the Club’s history and commemorating this year’s success, the front of the all-white jersey is adorned with a light blue and maroon sash, a design inspired by the colours of the 2017/18 home and away kits and the Club’s iconic sash kits of the past. 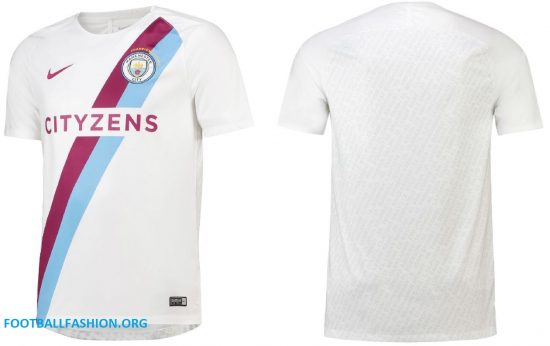 Celebrating the players who helped the club to victory in the 2017/18 Premier League, the name and number of each squad member is printed on the back to celebrate the whole team’s contribution to the title win, whilst “CITYZENS” is emblazoned across the chest. The words CHAMPIONS 2017/18 are also embroidered in gold above the Club crest. 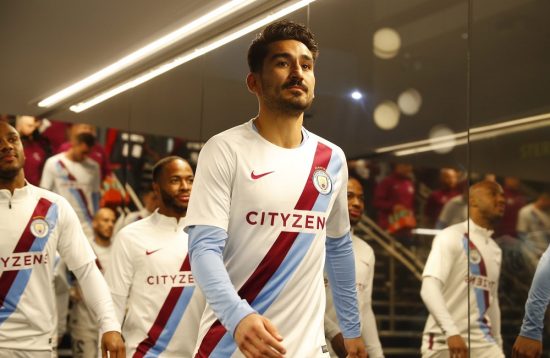 First team star Raheem Sterling said: “We have had an amazing season and it is great to see Nike celebrating this success with us. As a squad we have all played a big role in winning the league and adding each of our names to the pre-match jersey cements that. The support from the fans each step of the way has also played a huge role in our success and we are excited to celebrate this victory with them.”