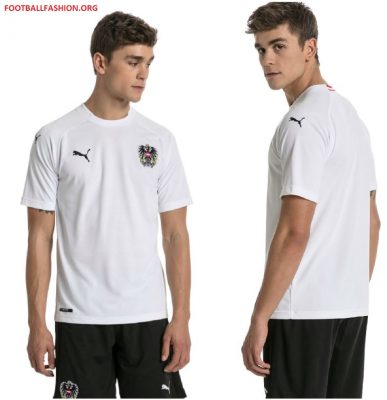 A “Das Team” (The Team) that includes well-known players such as David Alaba (FC Bayern Munich),  Sebastian Prödl (Watford FC) and Marko Arnautović (West Ham United) will wear a mainly white away kit from PUMA during the 2018/19 international football calendar. 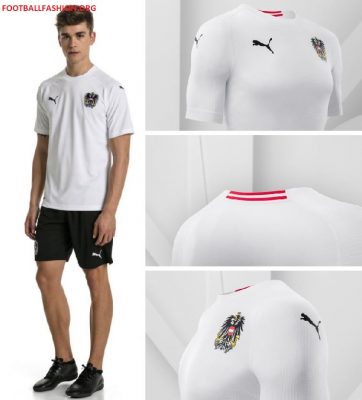 It will be on sale at World Soccer Shop,  UK Soccer Shop, Lovell Soccer, Pro:Direct Soccer, Subside Sports and Kitbag along with the Austria 18/19 home shirt. 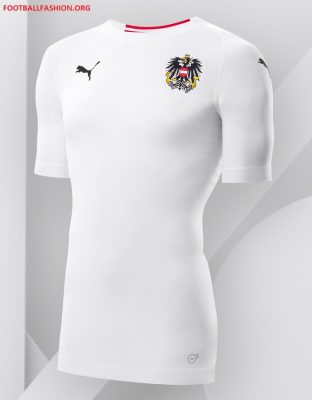 The red and white of the Austrian national flag is included on the kit via an insert making up the back of its crewneck collar. Black PUMA logos are embroidered on the right breast and upper sleeves. Austria’s coast of arms appears on the left breast.