The Austria Football Federation (ÖFB) has released the new PUMA home kit that will be worn by the likes of Aleksandar Dragović (Leicester City), David Alaba (Bayern Munich), Marko Arnautović (West Ham) and the rest of “Das Team” (The Team) during the 2018/19 international football calendar. 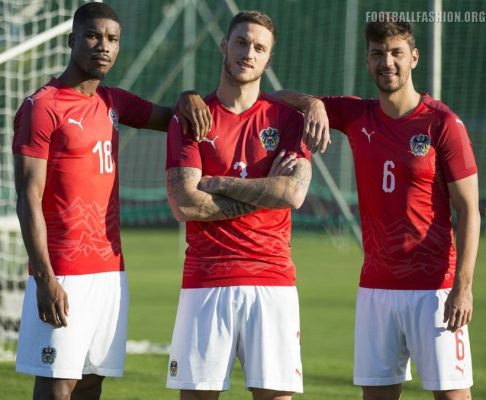 The Austria 2018/19 PUMA home shirt makes its debut when the regrouping side hosts 2018 FIFA World Cup bound Uruguay in Vienna on Tuesday. 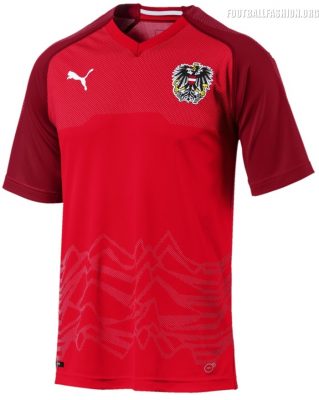 In the tradtional home red of the Austrians, the shirt was developed by PUMA for the ÖFB. It pays homage to the famed Alps of the country via an engineered jacquard graphic portraying the iconic Austrian mountainous landscape. 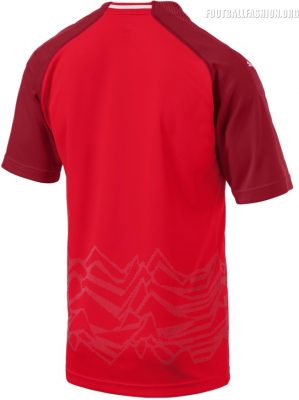 The chest area is adorned by a series of subtle dots. The sleeves are in a darker shade of red that the rest of the jersey to provide visual contrast. The red and white of the Austrian national flag form the rear part of the kit’s collar. 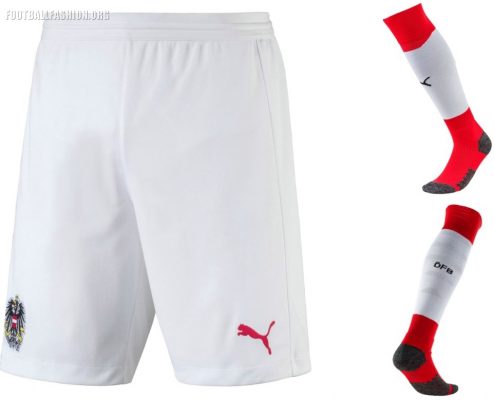