The Newcastle United Under-23 men’s team was the first of the clubs sides to wear their 2017/18 PUMA away kit. The Young Magpies donned it during their 2-1 pre-season victory over Darlington on Tuesday. 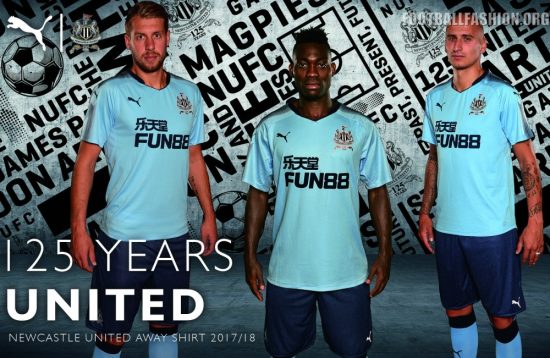 The Newcastle 17/18 away shirt has a light blue base with navy blue detailing on its sleeves and collar. It uses a new modern v-neck design from PUMA. The colors of the jersey are inspired by the “Cambridge blue” worn by NUFC predecessors Newcastle East End FC during the 1890 and 1891. 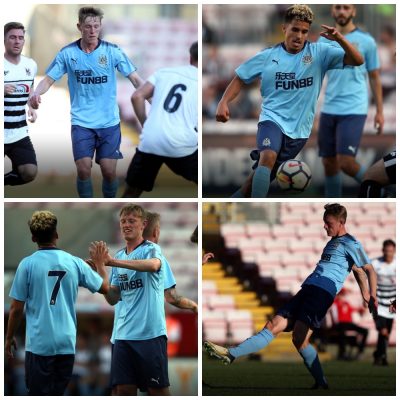 Back in the Premier League after a one year absence, Newcastle United recently released their 2017/18 home and third PUMA kits. The entire playing range will be on sale at football shirt specialists World Soccer Shop, Subside Sports, Kitbag, UK Soccer Shop, JD Sports and Sports Direct.