Liverpool Football Club today completed the reveal of the 2017/18 New Balance match range with the launch of their new third kit. The shirt has been launched as part of the ‘Pure Liverpool FC’ campaign for the 2017/18 season celebrating the clubs 125th anniversary. 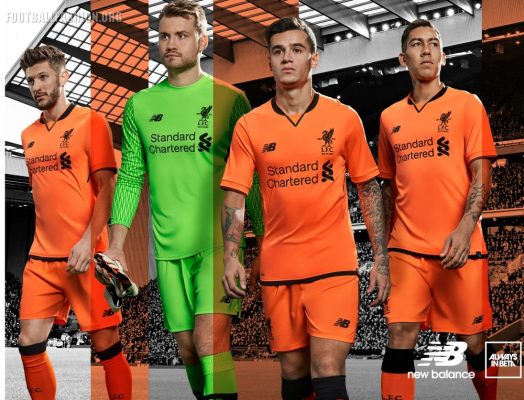 It will be on sale at  World Soccer Shop, Subside Sports, Kitbag, Lovell Soccer, Pro:Direct Soccer and UK Soccer Shop along with the Premier League club’s new home and away jerseys. 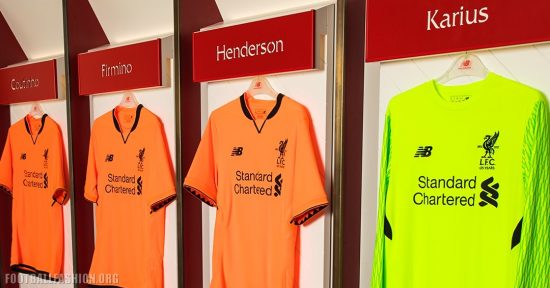 Continuing the theme of celebrating iconic periods from Liverpool FC’s 125 year history, the design inspiration for the third kit comes from the original wooden signage of the famous Kop stand. The 2017/18 third kit is Bold Citrus in colour and is framed with a black collar and trims. The kit pays homage to the club’s 125th anniversary, introducing a special 125th anniversary crest. 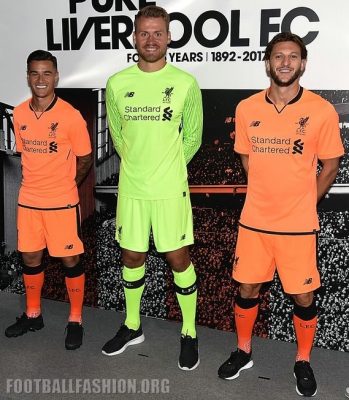 General Manager of New Balance Football, Richard Wright said: “This year’s campaign is all about celebrating what makes Liverpool FC the iconic club it is today and Spion Kop is certainly a key moment in the club’s 125 year history. 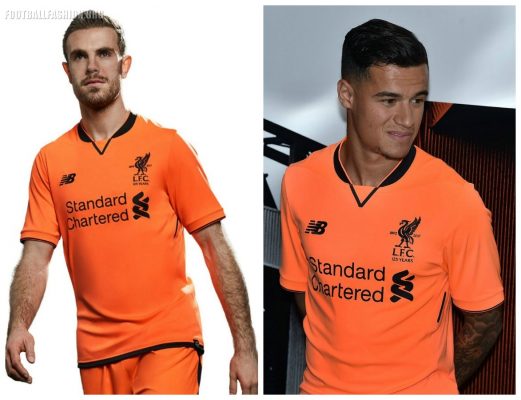 The New Balance design team have done an excellent job in creating a strip that the fans and players can wear with pride.” 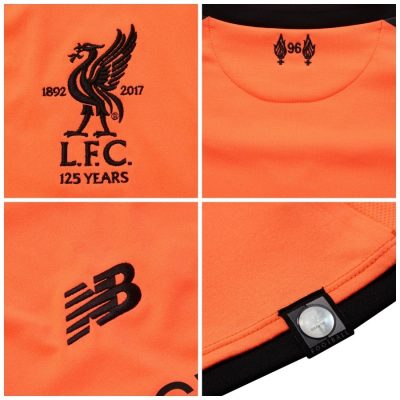 The Liverpool 2017/18 New Balance third kit is completed by Bold Citrus shorts and Bold Citrus socks with a black trim. To offer added support to the ankle, the socks have built in comfort zones and the footbed has been developed with polypropylene to alleviate excess moisture when the foot makes contact with the boot. 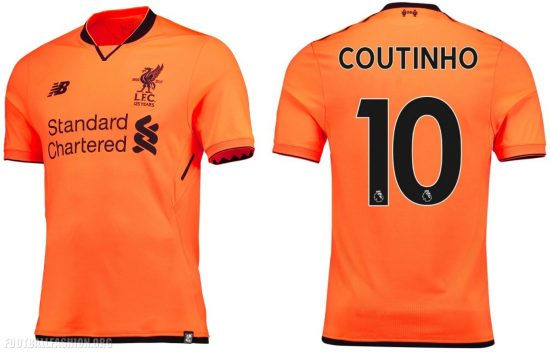 The goalkeeper kit has been engineered in line with the outfield players’ jerseys, sporting a mock vent and back jacquard cage system to compliment the outfield kit aesthetic. The Toxic Green design with black crest, sponsor and NB branding has a strong look, completed by the tonal three colour sleeve pattern. 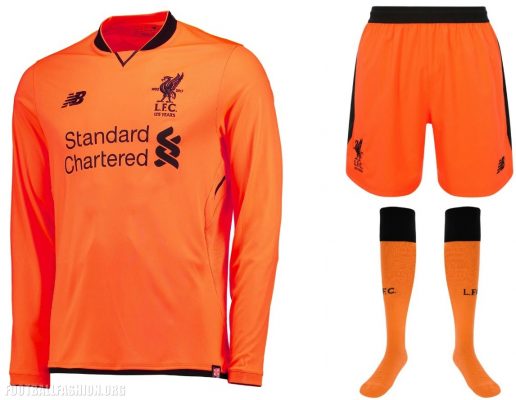 Liverpool FC player Adam Lallana said: “Scoring in front of the Kop is the best feeling in the world. It’s a special place for the whole LFC family so it’s brilliant to see a kit inspired by it. It definitely stands out, I like it and will be a nice reminder of the Kop every time we wear it.”