In the news for signing Ecuador international Enner Valencia from West Ham United, Liga MX side Tigres UANL debuted their 2017/18 home kit in their 1-0 Campeón de Campeones (Champion of Champions) win over Chivas in Carson, CA on Sunday night. 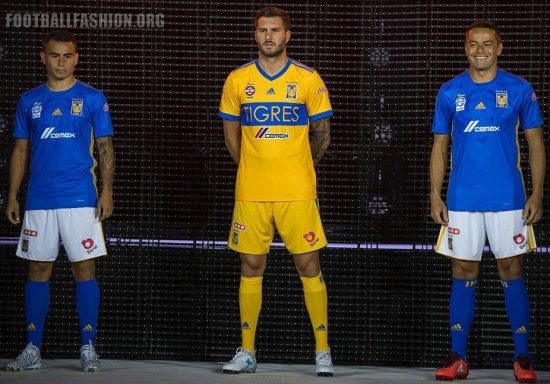 The five-time Mexican champion’s new home jersey was released in conjunction with their 17/18 away shirt by adidas México. Both will be on sale at World Soccer Shop. 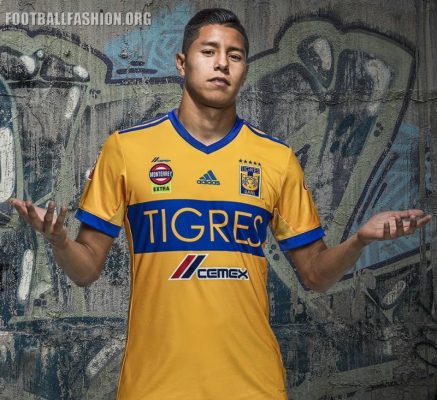 The Tigres UANL 2017/18 home jersey features the club’s famous gold base with blue accenting. The v-neck shirt maintains tradition with a blue chest band with “TIGRES” printed on it instead of a sponsor logo. adidas’ three stripes run along its shoulders. 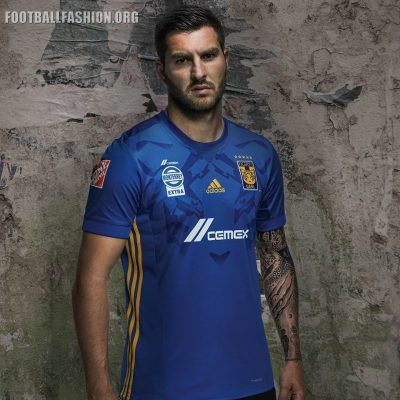 The Tigres 17/18 adidas away kit is all blue with gold adidas stripes running down its flanks. It has a rounded neck with a well done graphic of a tiger below it in a darker shade of blue that the rest of the jersey. 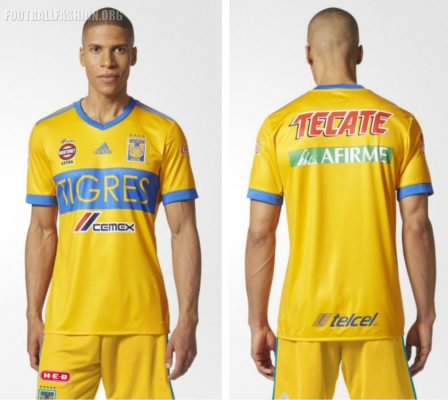 Last Mexican champions at the end of 2016, Tigres UANL open their Liga MX season against Puebla on July 22nd at the Estadio Universitario. 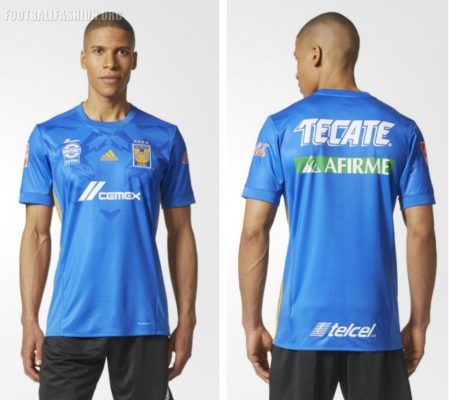 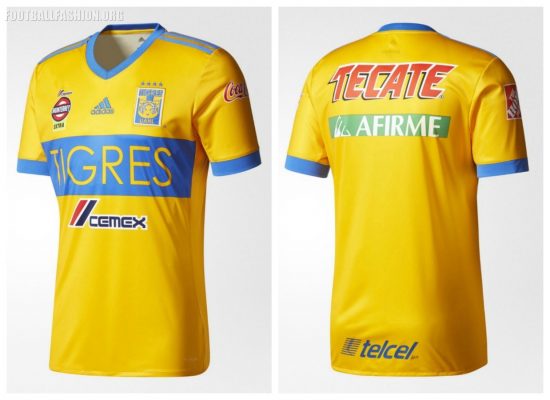 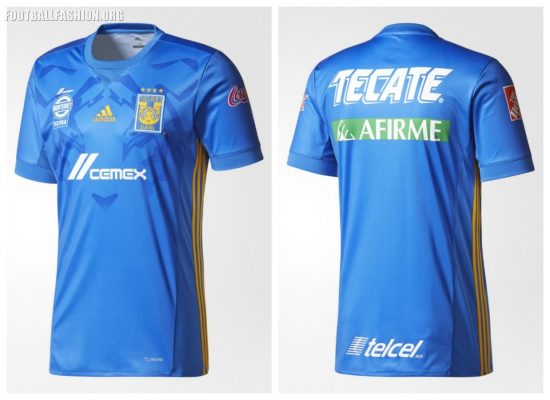