Back in the Barclays Premier League for their next campaign after a one-year absence, Newcastle United Football Club today revealed their 2017/18 home kit from technical partner PUMA. 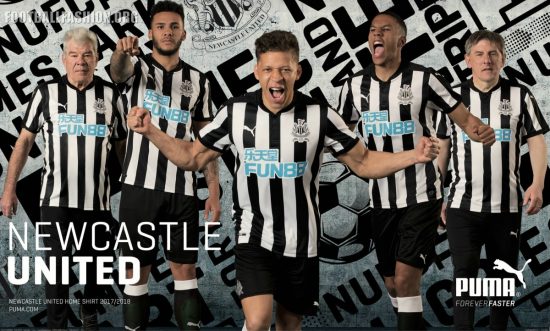 The new shirt is of a special significance to The Magpies’ fans as it is their 125th Anniversary primary jersey (celebrated via a specially designed crest on the kit). It is also the first NUFC kit to feature the log of new kit sponsor Fun88. 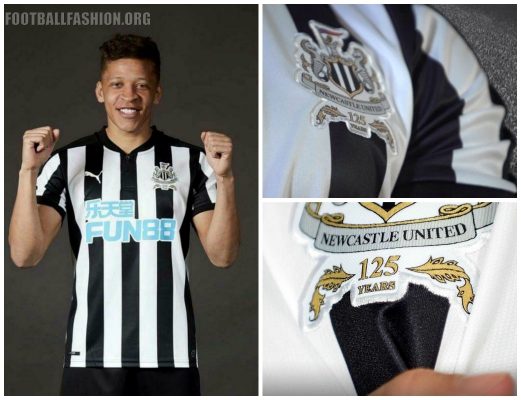 Newcastle United stars of past and present modeled and commented on the new shirt for its well done launch video. Among them were Toon legends such as Bob Moncur, Frank Clark and Malcolm McDonald. 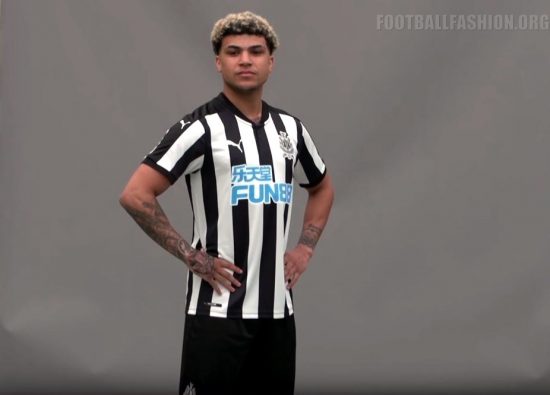 The Newcastle United 17/18 home kit uses a new PUMA Henley collared template. It features the club’s famous black and white stripes on its front and shoulders. The stripes are thinner than in recent years for a look that is reminiscent of the Newcastle kits of the 1960s. The collar and PUMA shoulder stripes are black for a slight contrast with the jersey’s white stripes.