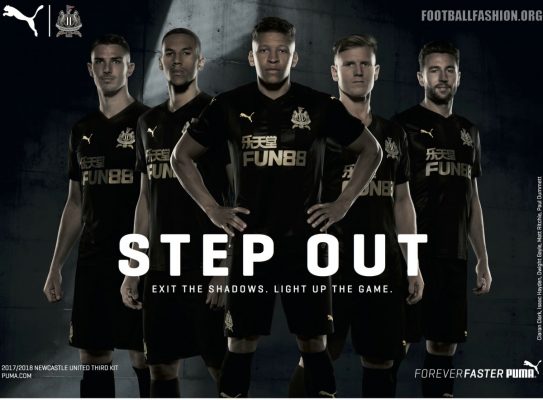 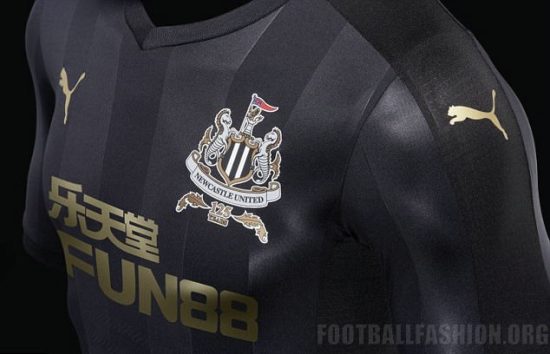 It features Newcastle United’s famous black stripes in a slightly darker shade of black than the rest of the jersey. The PUMA cat and sponsor logos on the kit are gold. The Newcastle United 125th Anniversary crest appears on the left breast area in its standard colors. 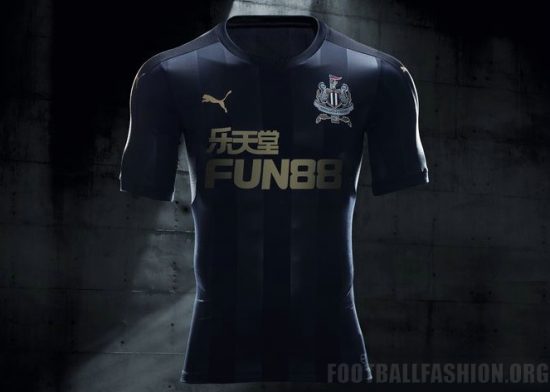 The Newcastle United 2017/18 PUMA away kit will be available at World Soccer Shop, Subside Sports, Kitbag, UK Soccer Shop, JD Sports and Sports Direct along with the popular side’s new away shirt. 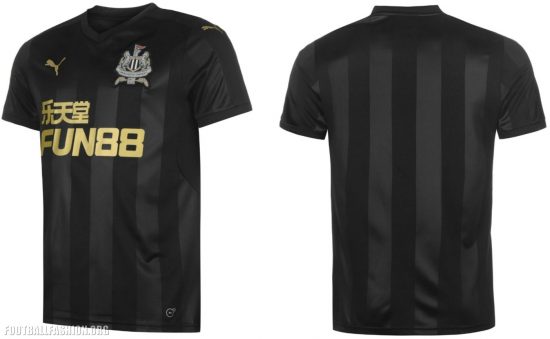 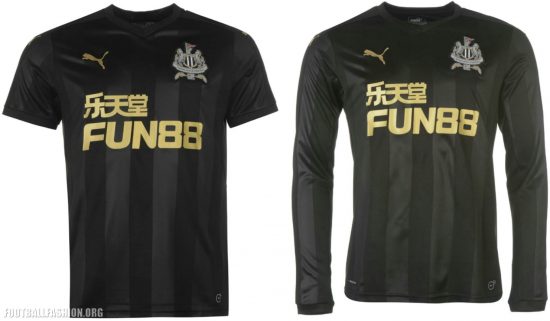