The new shirt joins “Los Pepineros” (Cucumber Growers) home and away jerseys in their match range for the first ever La Liga season in Leganes eighty eight year history. 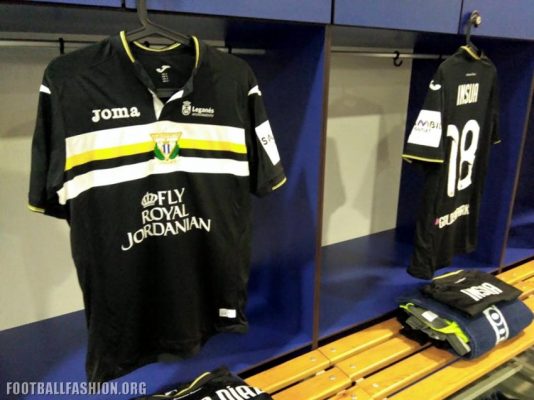 The CD Leganes 16/17 third kit features a black base with a white chest stripe on its front. Yellow and black stripes appear at the middle of the band and match with the shirt’s collar and sleeve trim. Leganes’ crest is at the center of the band.

The design used for CD Legane’s new change kit is the same Joma Sport España template used for their current away kit.