SS Lazio have launched a special edition of their current away kit to be worn during the final of the 2016/17 Coppa Italia against Juventus at the Stadio Olimpico in Rom on June 2nd. 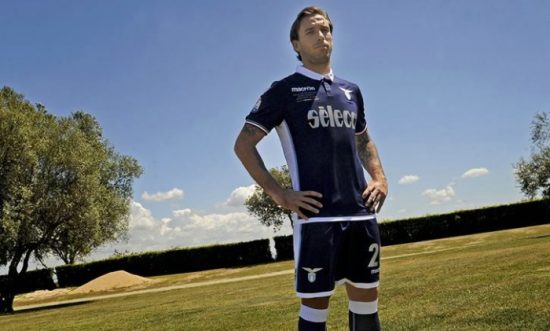 Limited to just 2017 units, Lazio’s 2017 Coppa Italia jersey sees I Biancocelesti (The White and Sky Blues) 16/17 alternate kit updated to have sleeve cuffs in the green, white and red of the Italian national flag. A TIM Cup (the sponsored name of the Coppa Italia) patch appears on both sleeves. 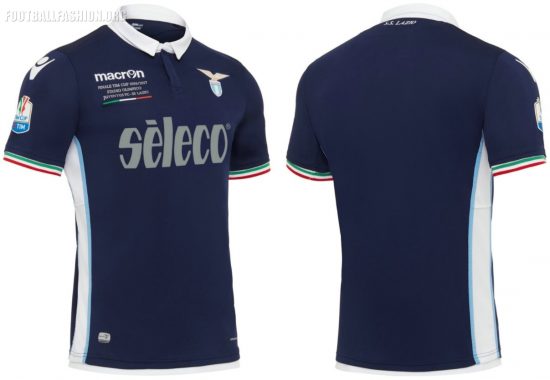 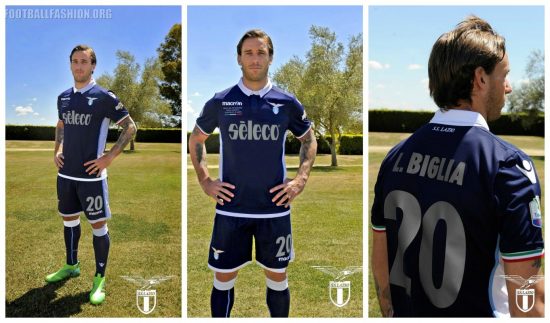 Currently in fourth place in the Italian Serie A table, SS Lazio has won six Coppa Italias to day. The last came at the end of the 2012/13 season. 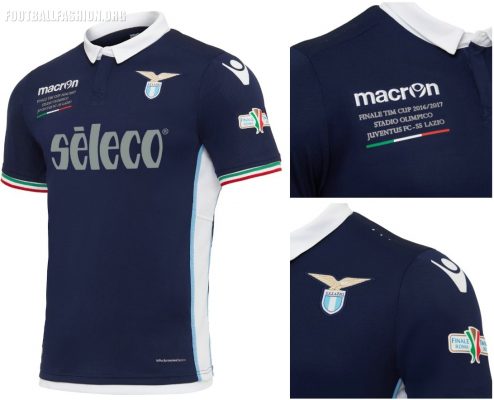