Club Deportivo Leganés will compete in the Spanish La Liga for the first time in their eighty eight year history next season.

As they prepare for a maiden run in one of the world’s most highly regarded league, CD Leganés have launched their 2016/17 home and away kits from Joma. 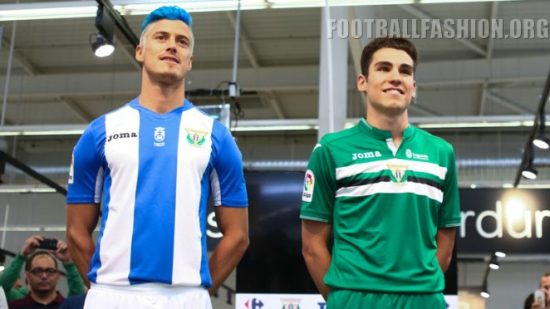 The new shirts are in CD Leganés’ traditional home blue and white stripes and away green. The club has taken the novel approach of adding the scent of freshly cut grass to the jerseys’ crests given the newness of Leganés’ arrival to La Liga. 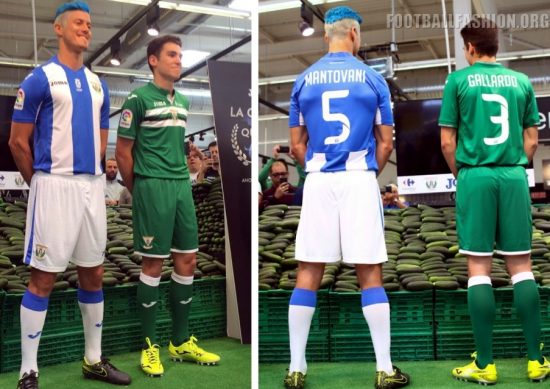 First team regular Martin Mantovani and youth setup player Gallardo modeled the CD Leganés 2016/17 Joma home and away kits for their unveiling on Thursday. The uniforms were presented in front of a local cucumber stand in recognition of the team’s nickname of “Pepineros” (Cucumber Growers).