Dutch giants AFC Ajax will debut their 2016/17 adidas home kit when they meet De Graafschap in the final match of the Eredivisie season on Sunday. A win will give them their thirty fourth league championship. 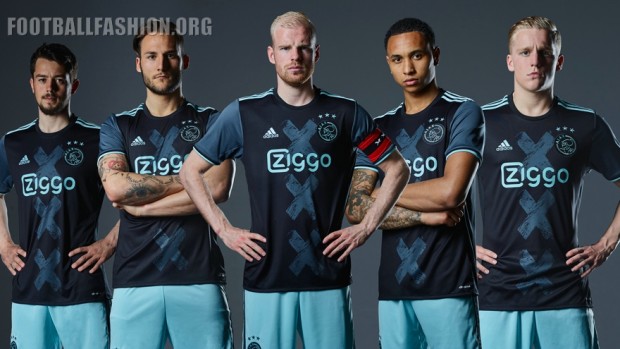 Ajax’s away shirt for their 2016/2017 domestic and UEFA Champions League seasons pays tribute to the city of Amsterdam. It is predominantly navy blue with gray and aqua blue details.

The three gray St. Andrew’s  Crosses of the Amsterdam coast of arms run vertically along the from of the jersey with a distressed effect that mimic the appearance of a coast of paint. Aqua blue shorts and black socks complete the Ajax Amsterdam 2016/17 away uniform.

The AFC Ajax 16/17 adidas away kit will be available for purchase at World Soccer Shop,  Subside Sports, Kitbag and UK Soccer Shop. 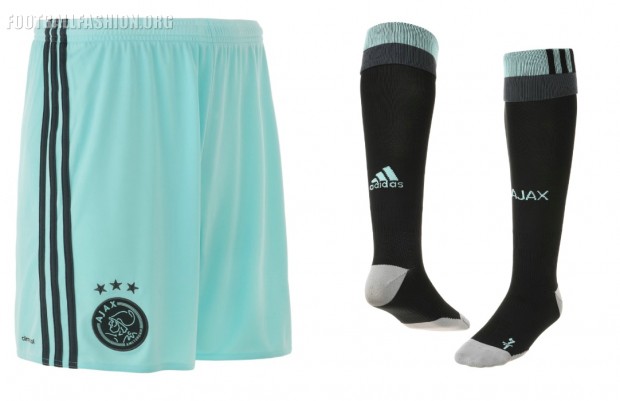