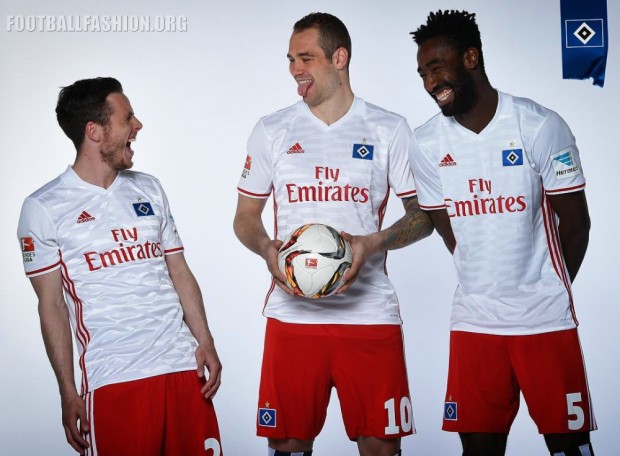 The only club to have competed in every Bundesliga season will wear a primary shirt in their traditional white base for their next league and DFB-Pokal seasons.

A series of tonal horizontal stripes run along its front while a subtle version of the HSV diamond appears on the front of the club’s jersey for the first time. adidas stripes run down the sides of the kit instead of along its sleeve in another first.

The v-neck shirt is detailed in red except for the blue and red insert at the back of the collar that reads “NUR DER HSV” (Only the HSV).

Hamburg’s traditional red shorts and blue and white socks complete the 2016/17 kit of what is one of Germany’s best-supported football clubs. 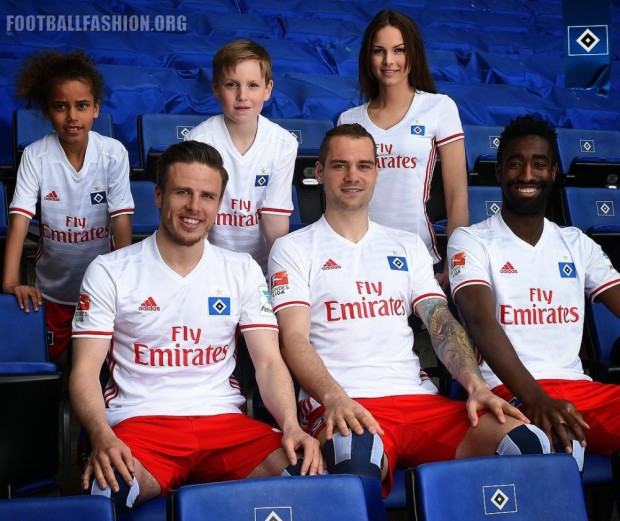