The home shirt uses the adidas Condivo 16 shirt design that the German sportwear giant has used for many of its club kits released so far in 2016. The v-neck collared shirt features white detailing through the white adidas stripes running down its sides. The jersey’s sleeve cuffs and collar also contain Ulsan’s secondary color of white.

The Ulsan Hyundai 2016 kit uses a rounded collar. Its adidas striping is on its shoulders. The detailing on the shirt is sky blue. The player names and numbering on the back of the jersey is also in a lighter shade of blue than Ulsan’s usual first choice color. 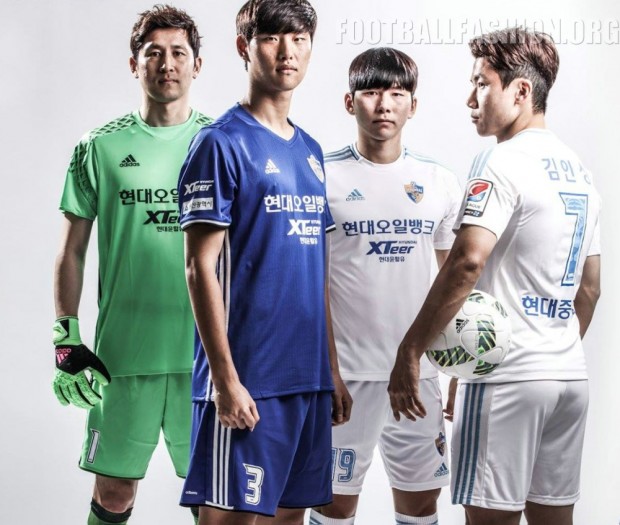