Odense Boldklub have signed a kit deal with hummel after several years of wearing PUMA kits. 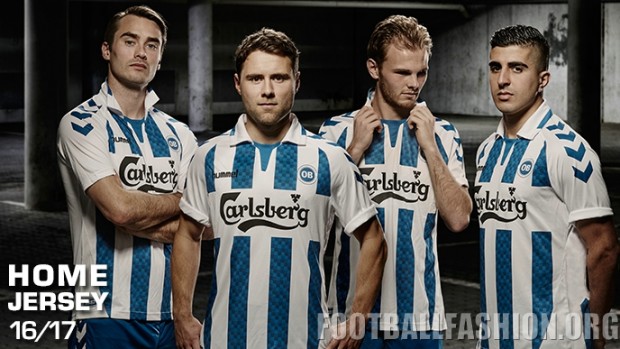 The Danish Superliga side recently unveiled their first ever hummel jersey in the form of their 2016/17 home shirt. 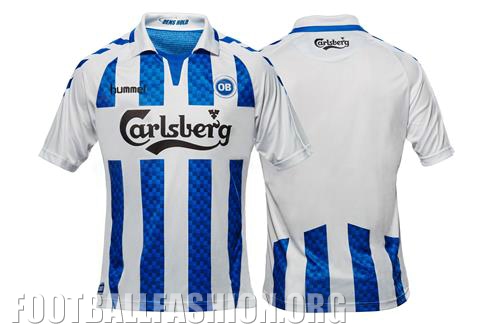 The Odense BK 16/17 hummel home kit is in the traditional blue and white stripes of the three-time league champions of Denmark. The blue stripes of the shirt have a checkered effect within them.

The new “De Stribede” (The Striped) jersey features a classic foldover collar with a v-shaped opening on the neck area. The inside of the kit’s neck has a list of local amateur clubs from the Odense area printed on it.

OB opened their second half of theirSuperligaen season with a 2-2 draw against AGF last Friday.