In the news for signing Fredy Guarín from Inter Milan and Obafemi Martins from the Seattle Sounders, Shanghai Greenland Shenhua FC kick off their 2016 Chinese Super League season on Saturday. 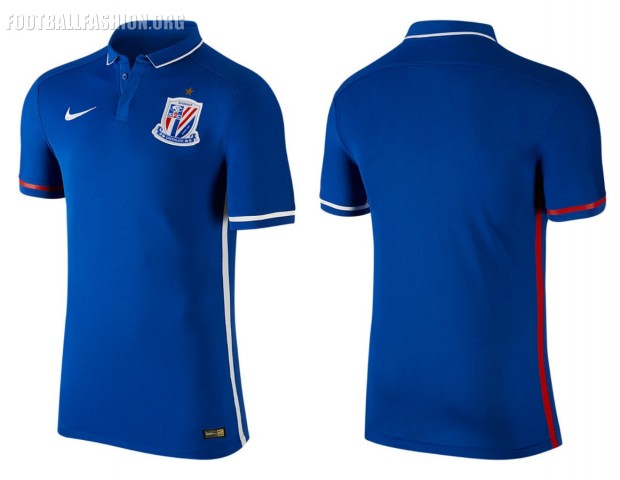 Nike China unveiled the Shanhai Shenua 2016 home kit along with those of several other high-profile Chinese clubs this past weekend.

The new “Blue Devils” primary shirt is in their customary blue base it details in blue and red. The jersey uses a modern polo collared look with a one button placket. Striping runs above its sleeve cuffs and on its flanks. 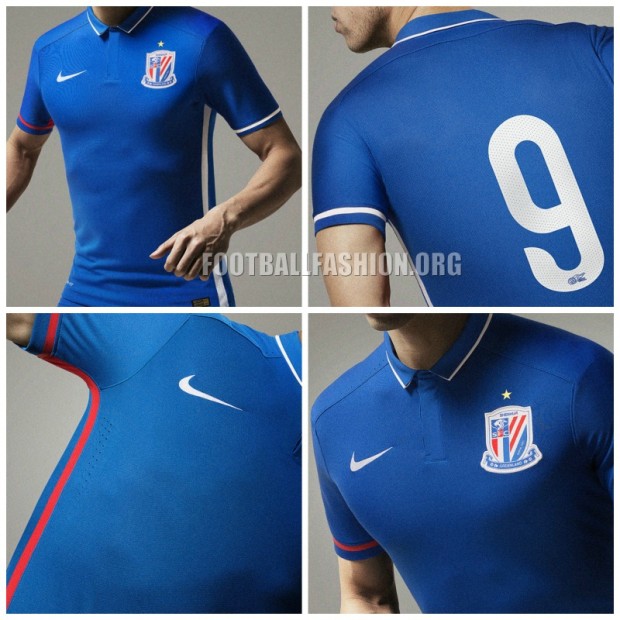