Rarely used because of the club’s yellow home uniform not clashing with those of other French Ligue 1 teams, the FC Nantes 2015/16 Umbro away has proven to be popular with their fans because of its classy look.

The jersey uses the same bespoke Umbro design as the primary shirt. Highlighted by a grandfather collar and simple placket, Les Canaris (The Canaries) 15/16 alternate kit is dark blue with white accenting. Its Umbro branding, sponsor logos and FC Nantes badge are also in white. It is matched with dark blue socks and shorts. The text “FC NANTES” is printed on the signoff area of the kit.

Famed for a youth academy  that has produced France stars such as Marcel Desailly, Didier Deschamps and Claude Makelele, FC Nantes are currently in tenth place in France top division of soccer after sixteen matches played in the ongoing season. 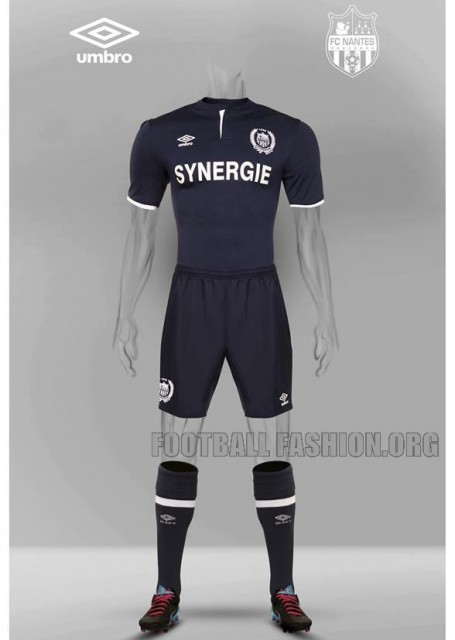