Dansk Boldspil-Union technical partner adidas have released the Denmark 2016/17 away kit that will be worn by the former European champions over the next two years. It will be on sale at World Soccer Shop, Subside Sports, Kitbag, UK Soccer Shop and Lovell Soccer along with the team’s recently launched 16/17 home shirt. 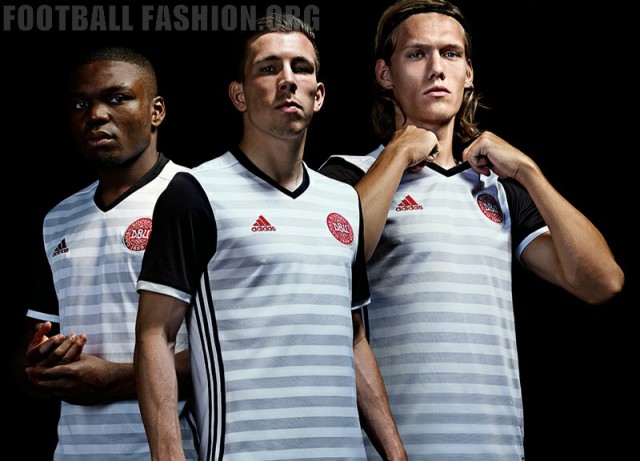 The Denmark 2016/17 adidas away shirt has a white base with black sleeves and subtle gray stripes on the front. The new “Danish Dynamite” jersey follows a long tradition of the team using white as its secondary color. The black sleeves and gray stripes represent renewal and the red adidas logo and DBU crest ensures that the colors of Dannebrog (Denmark’s national flag) appear on the front of the kit.

As with the red home kit, three adidas stripes run down the sides of the shirt. The Danish flag and the text “En del af noget større” (A part of something bigger) are printed on the inside and outside back collar . Black shorts and white socks complete the new Denmark alternate kit.

The Denmark 2016/17 away kit is expected to see action in international friendly matches during the first half of 2016. The Danes next scheduled competitive fixture in a 2018 FIFA World Cup qualifying meeting with Armenia next September 4. 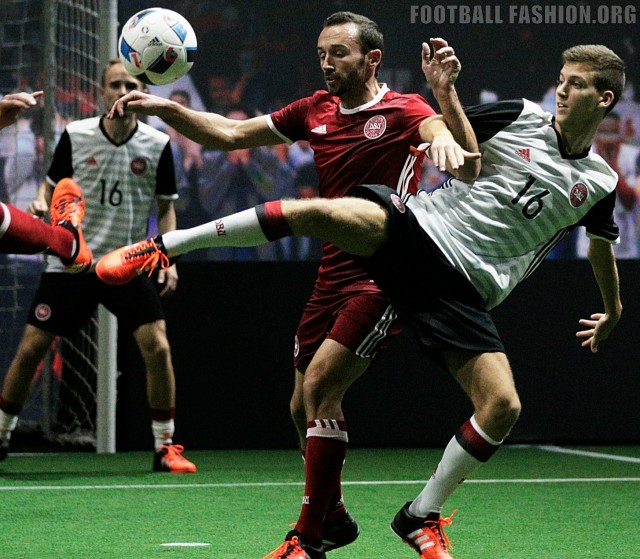 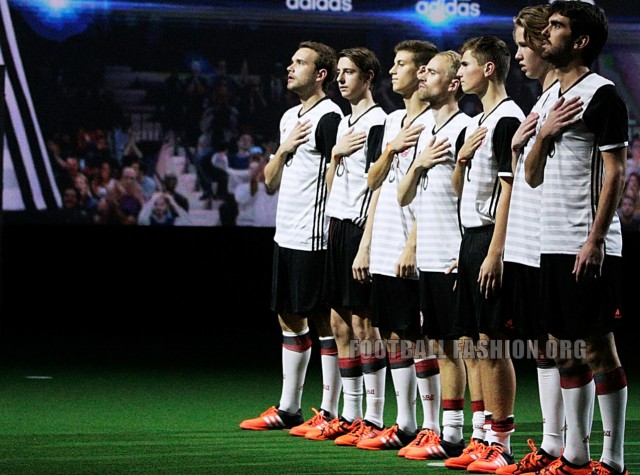 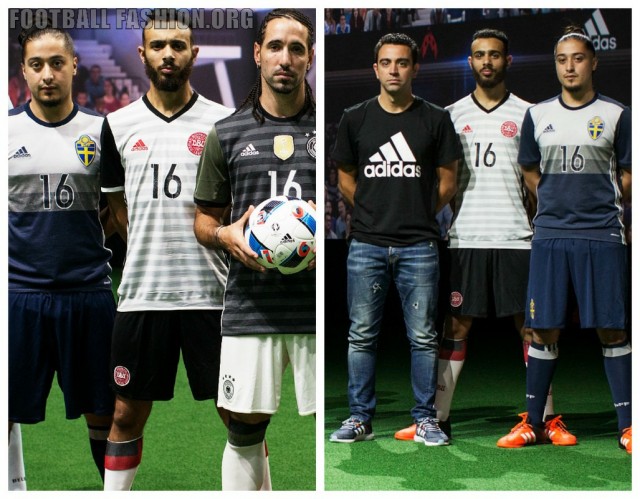