Brazil’s Grêmio Foot-Ball Porto Alegrense have released their fourth jersey since switching to Umbro in January. 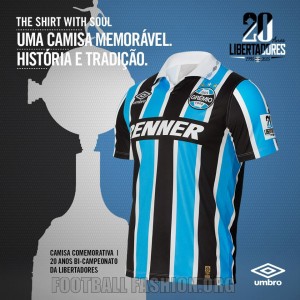 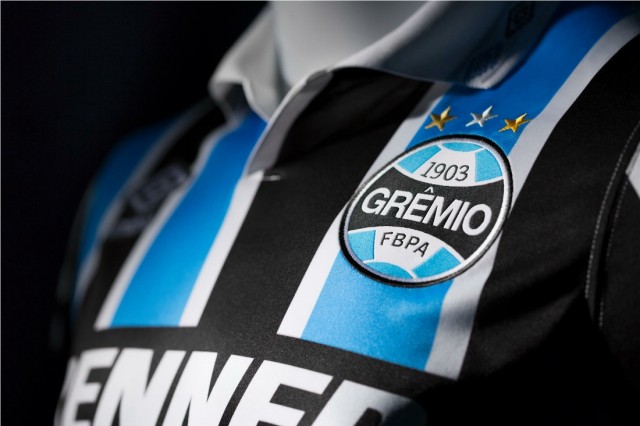 The new kit uses the same design of the home jersey worn manager Luiz Felipe Scolari’s team during their run to their second continental title. The modern interpretation of the jersey does depart from the oversized look of the 1990s however in favor of a closer fit. 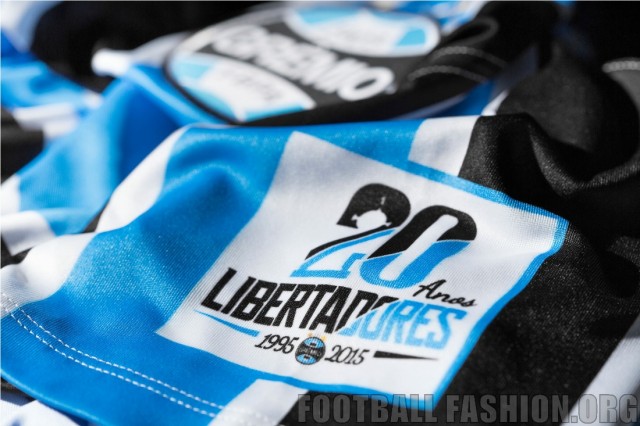 A print reading “20 ANOS LIBERTADORES  1995 – 2015” appears on the lower left front of the jersey in recognition of arguably the club’s biggest achievement to date.

The Grêmio home, away and third kits being worn for their ongoing Campeonato Brasileiro Série A season were unveiled earlier in the year.