Brazil’s Grêmio Foot-Ball Porto Alegrense has joined the likes of Everton, Hull City and FC Nantes as an Umbro-sponsored club. Given their rich histroy and massive supporter base, the two-time Campeonato Brasileiro Série A and Copa Libertodores champions will be the biggest of Umbro’s Brazilian clubs. 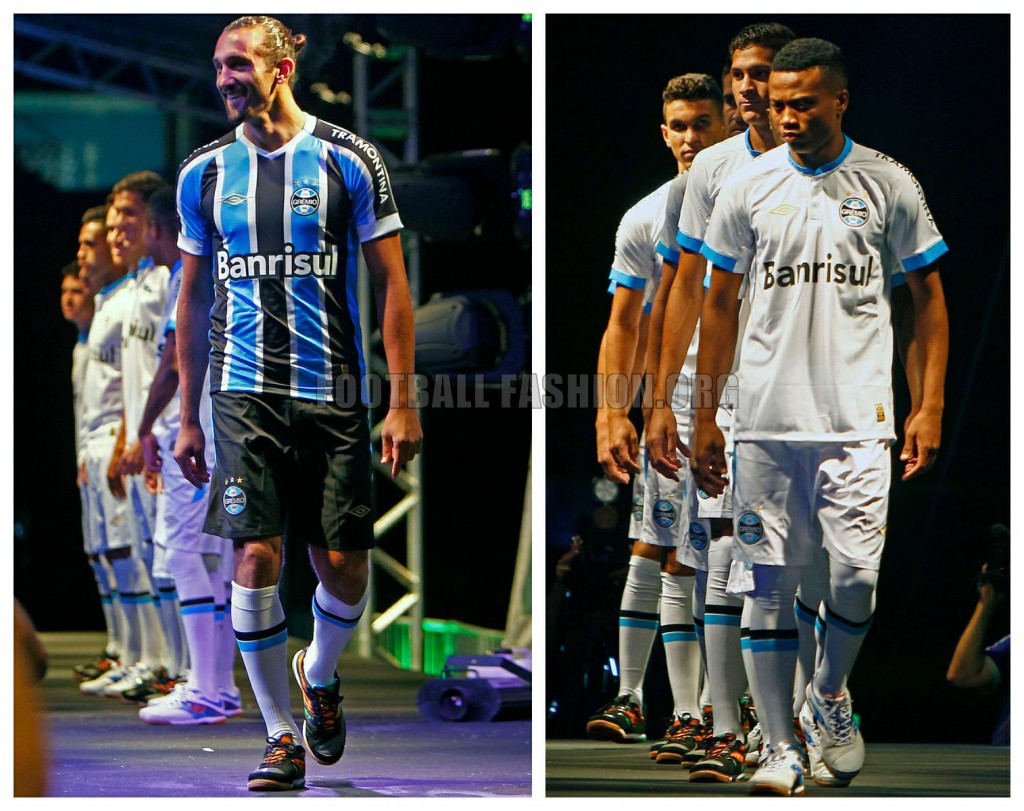 Grêmio unveiled their 2015 Umbro home and away kits, training and leisure ranges at an elaborate presentation event at the state of the art Arena do Grêmio on Thursday night. The new uniforms will see action during the upcoming Campeonato Gaúcho (Rio Grande do Sul State Championship). 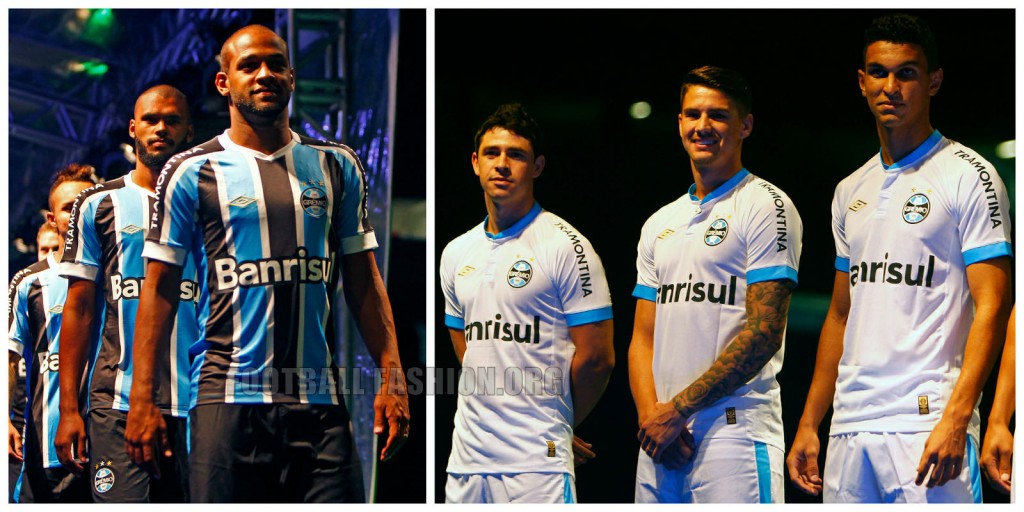 The Grêmio 2015 Umbro home kit is in the club’s famous light blue with black stripes bordered in white. This year’s edition uses wider stripes than in the past few years. Only three stripes appear on the front and the back of the jersey. The kit has a definite retro feel thanks to it s classic ribbed v-neck collar reminiscent of the 1980s. 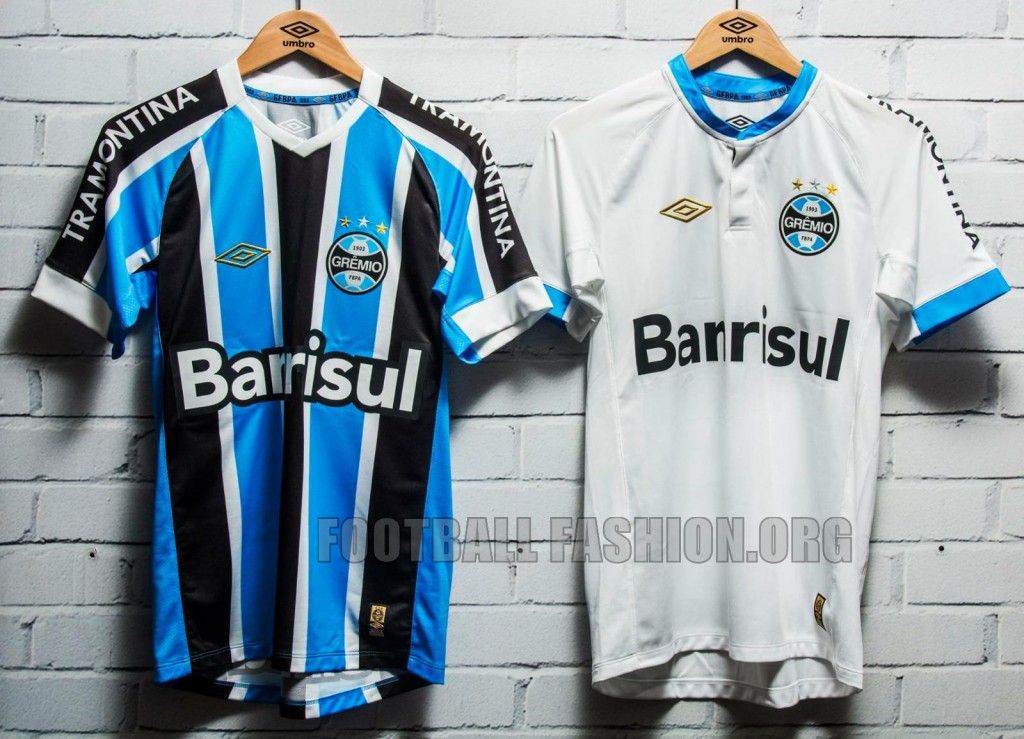 Grêmio’s 2015 away shirt is all white with blue in its collar and sleeve cuff areas. A grandfather collar that leads to a two-button placket is used for the jersey.