Indian Super League side FC Pune City signed a kit deal with adidas ahead of their kickoff to the 2015/16 season. 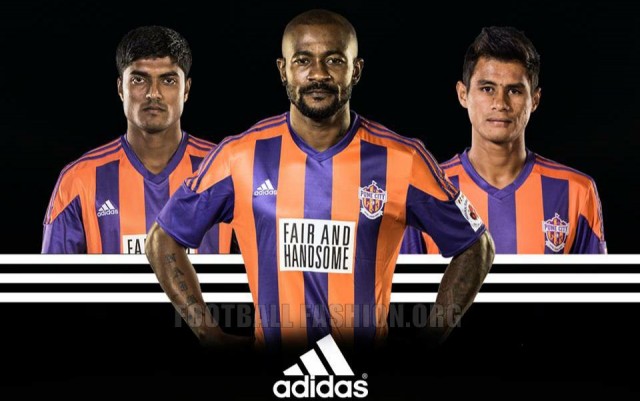 The current club of the like of former Chelsea and Juventus striker Adrian Mutu and Tottenham Hotspur midfielder Didier Zokora also signed a sponsorship deal that will see the logo of skin bleaching product Fair and Handsome emblazoned across the fronts of its kits.

The FC Pune City 2015/16 adidas home and away uniforms were recently unveiled with modeling from the team’s well-known players. The home shirt is in the orange and purple stripes of the club’s crest. The purple of Pune City’s co-owner ACF Fiorentina is also used for the jersey’s v-neck collar and waistline flashing.

Pune City will wear a kit featuring a v-necked white shirt, purple shorts and white socks as an alternate during the ongoing season. It hasn’t seen action in any of manager David Platt’s team’s three matches of the new campaign so far. 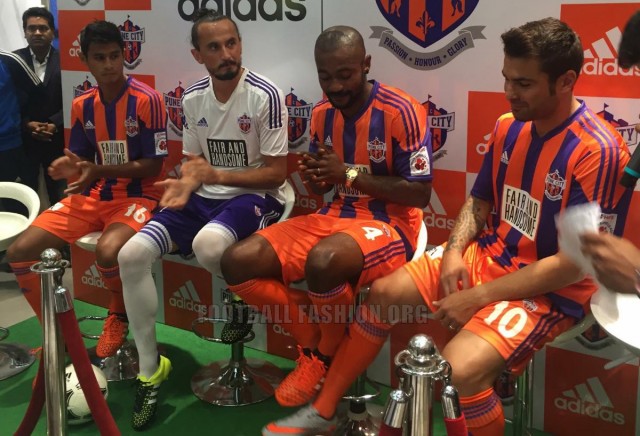