The Sky Blues have since revealed their home and away kits for their 2015/16 domestic and AFC Champions League seasons. 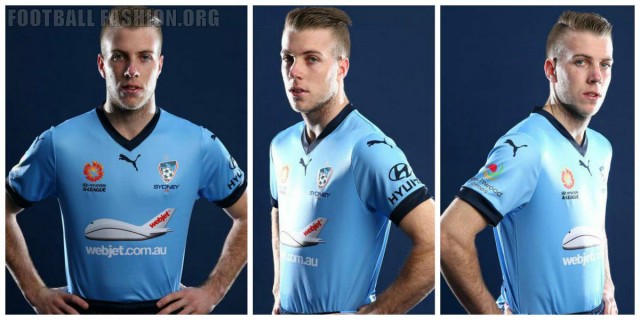 The Sydney FC 15/16 home jersey uses a features a simple, v-neck PUMA design with a sky blue base complemented by a navy collar and sleeve cuffs. It is matched with dark blue shorts with light blue side striping and sky blue socks.

“Sydney Is Sky Blue” is printed on nape of the jerseys along with a silhouette of the iconic Opera House. A silver star with the number “2” inside it appears the Sydney FC badge to commemorate the club’s  2006 and 2010 A-League titles.