The Colombia 2015 Copa America away kit has been officially revealed by La Federación Colombiana de Futbol (FCF) and technical sponsor adidas. It is expected to be worn by Los Cafeteros (The Coffee Makers) during their friendly against Kuwait on March 30th. 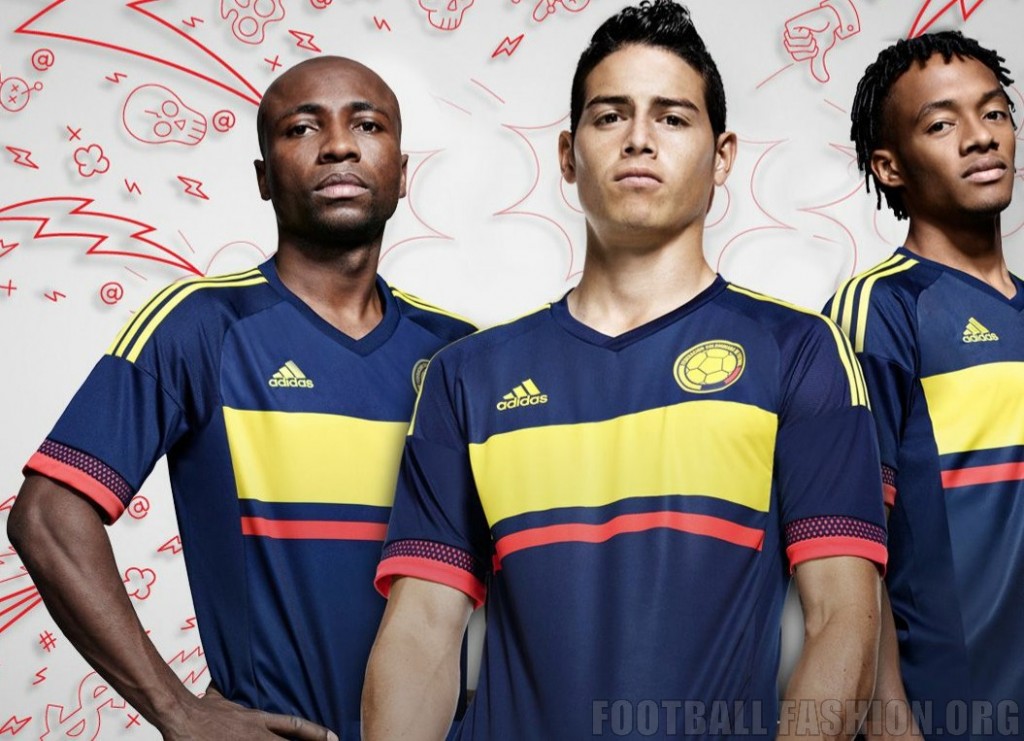 The jersey will be available for purchase at World Soccer Shop, Kitbag, UK Soccer Shop and Subside Sports along with the Colombia 2015/16 adidas home jersey and training range.

The Colombia 15/16 alternate shirt sees the 2001 Copa America winners return to a blue away kit after departing from their traditional away color for the first time in over 20 years with their red 2013/15 road jersey. 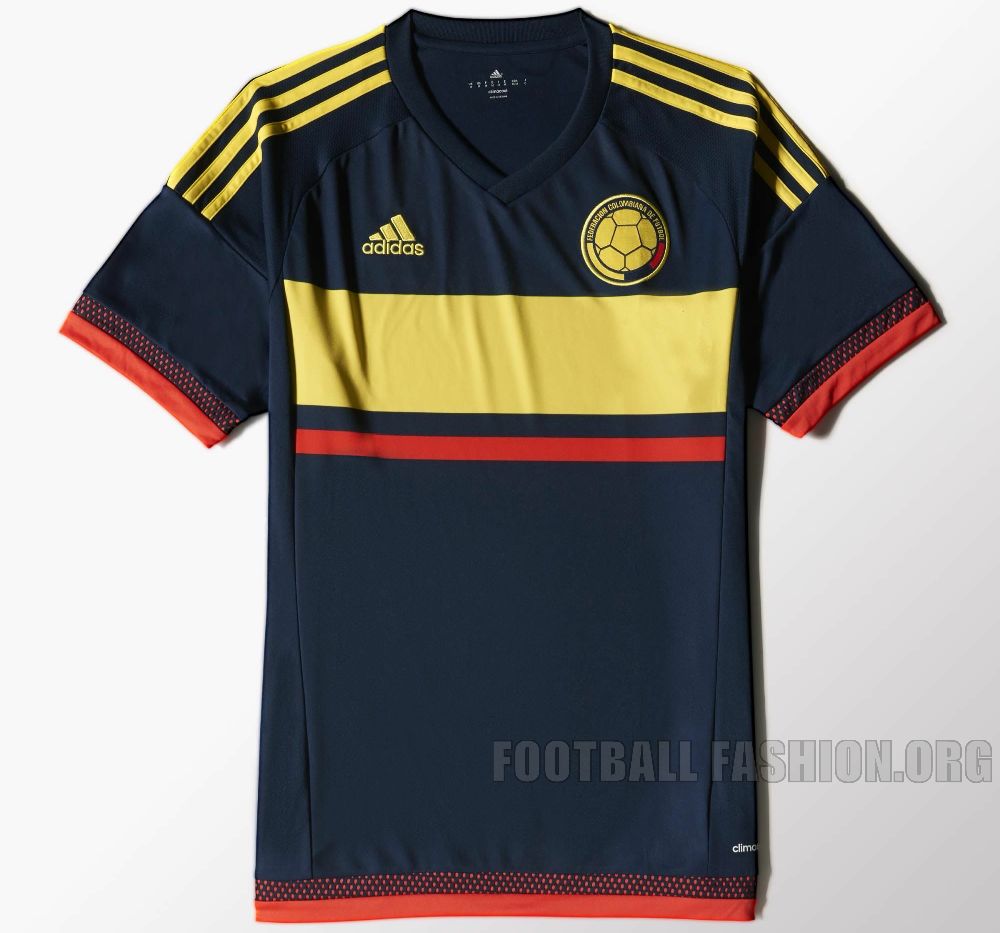 Red is still present in the sleeves, chest and waistband of the shirt while a wide yellow chest band and yellow adidas branding ensures that all of the colors of the Colombia national flag are represented on the shirt. 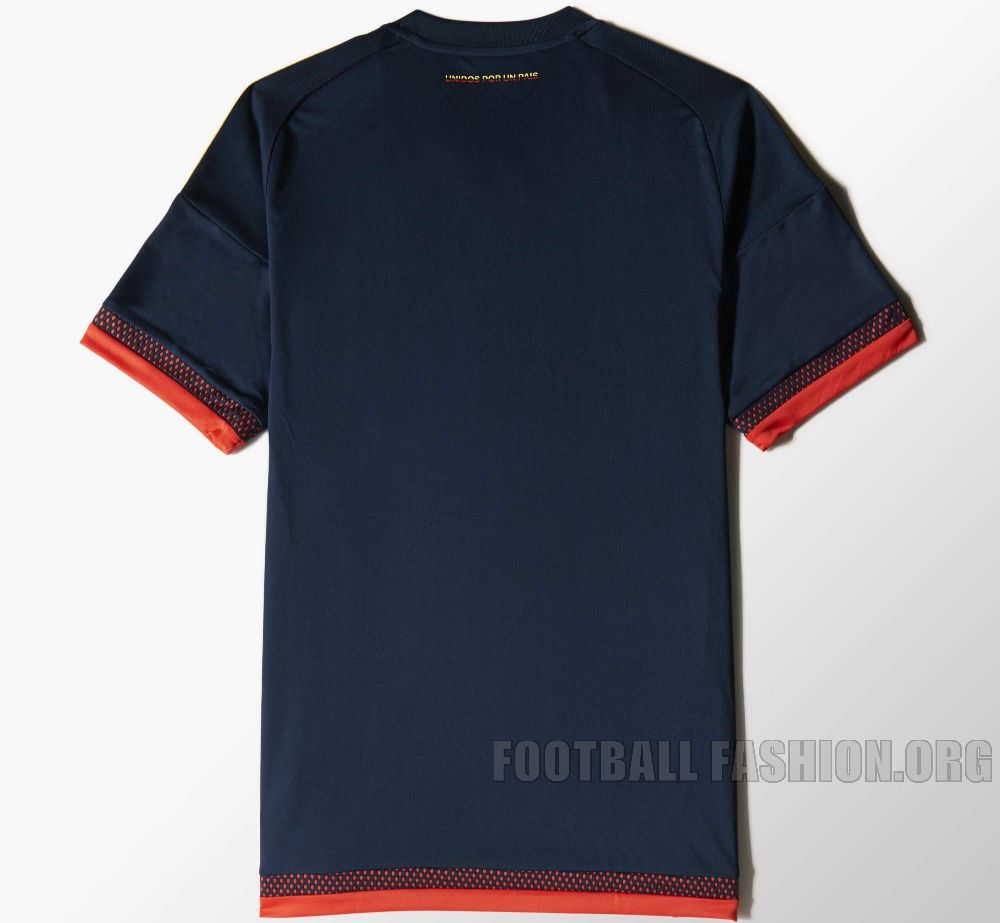 As is the case with the new home kit, the text “UNIDOS POR UN PAIS” (United for One Country) is printed in Colombia’s national colors on the upper outside back of the shirt. 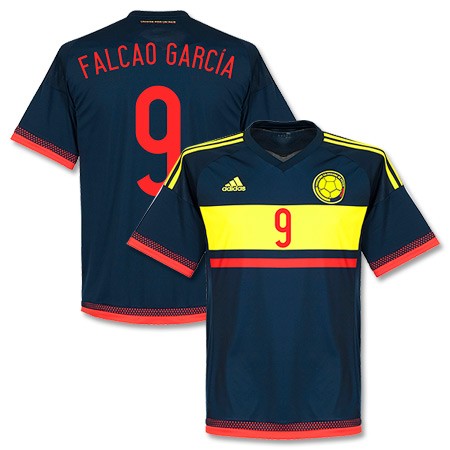 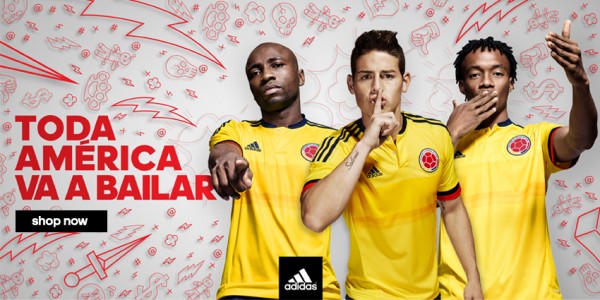