Rumored to be in the running for an MLS expansion slot, Sacramento Republic FC kicked off their second season with a 4-2 loss to Seattle Sounders FC 2 last weekend. 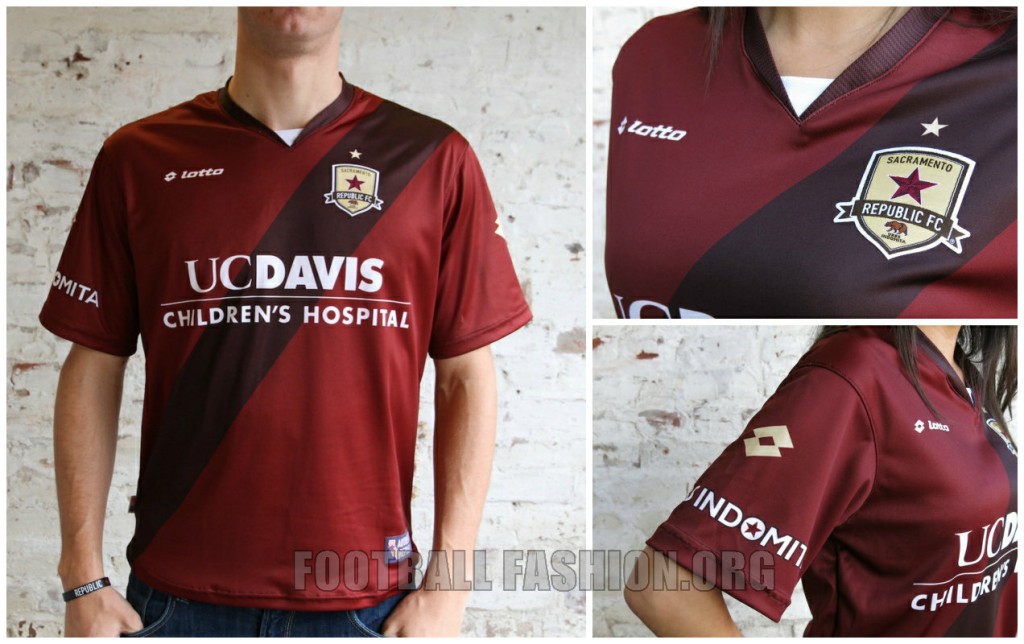 During the match the defending USL Pro champions gave a competitive fixture debut to their 2015 home kit from Lotto. The club donned both new new home and away uniforms during their pre-season campaign. Both are expected to be available at the World Soccer Shop Sacramento Republic store. 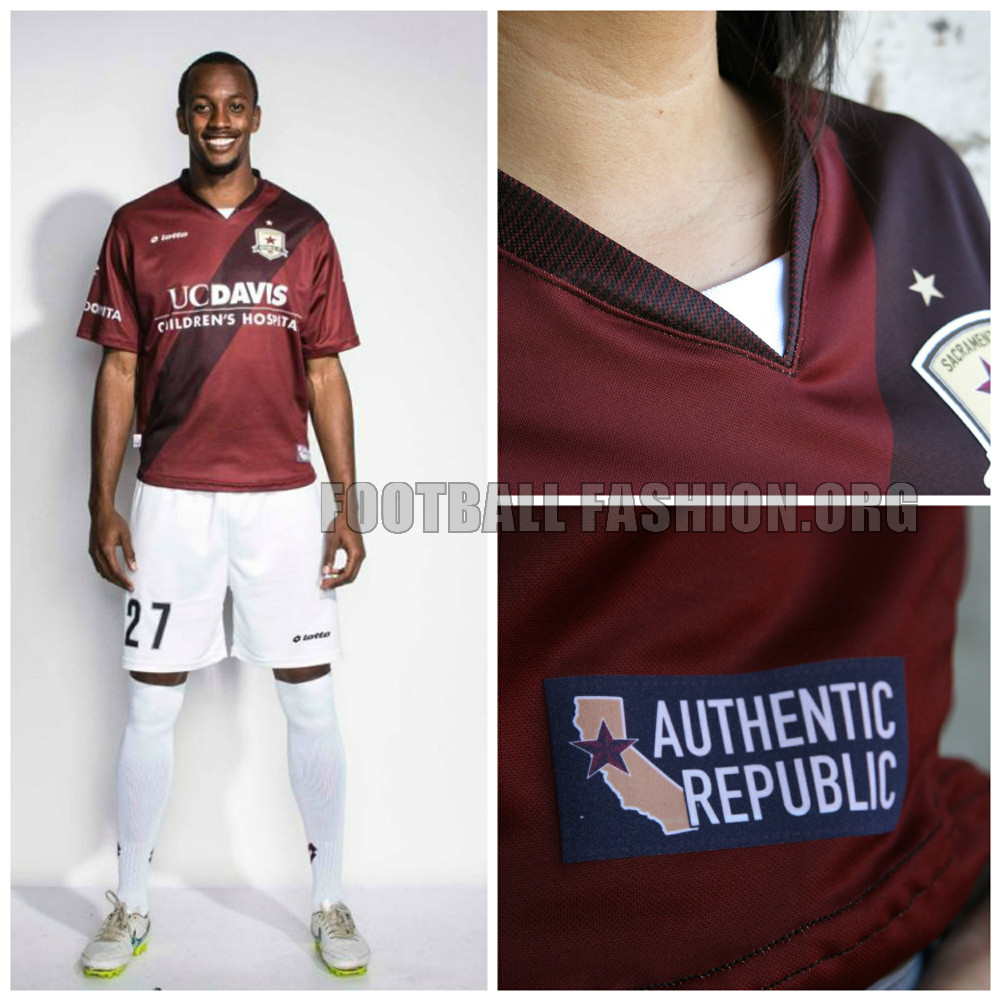 The Sacramento Republic 2015 Lotto home jersey is very similar to last year’s primary shirt. In the burnt red of the California team, the shirt is highlighted by sash in a slightly darked shade of red than the rest of the kit. A golden star has been added above the Republic crest in recognition of last season’s league championship. The collar of the kit is reworked for 2015 and now features a white neck insert along with a modern v-neck. 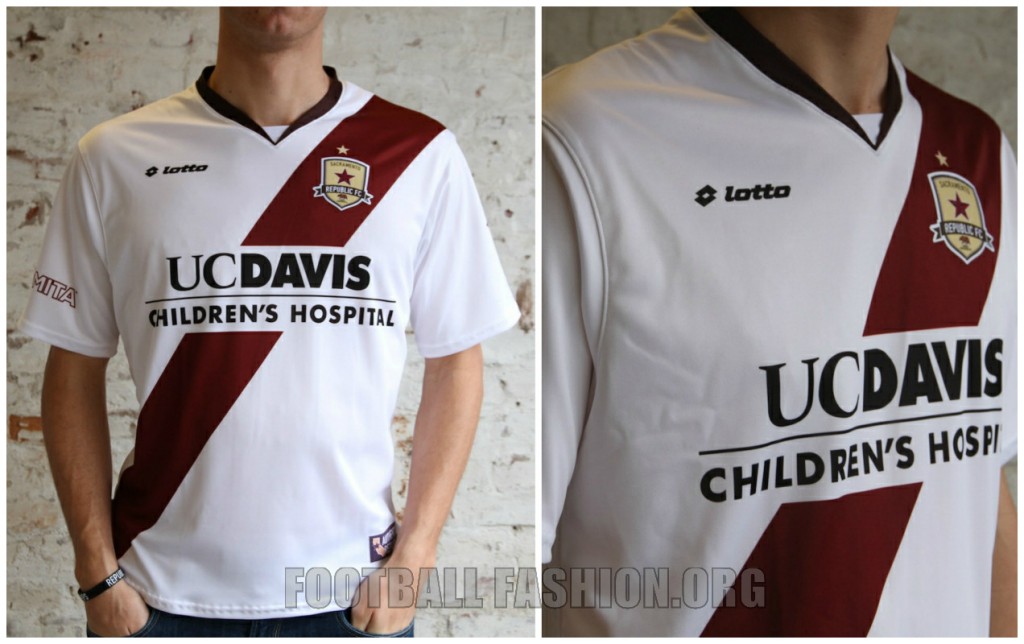 The Sacramento Republic 2015 away jersey uses the same Lotto design as the home shirt with a white base. A notable feature of both shirts is a jock tag on their fronts with the text “AUTHENTIC REPUBLIC” next to an outline of the state of California with a star on Sacramento’s location.