The Deutscher Fußball-Bund and adidas have launched the primary kit that will be worn by the German national women’s team at the FIFA Women’s World Cup 2015 Canada. The new shirt is expected to be worn by all of Germany’s women’s team from 2015 until the UEFA Women’s EURO 2017 tournament. It is now available for purchase at World Soccer Shop. 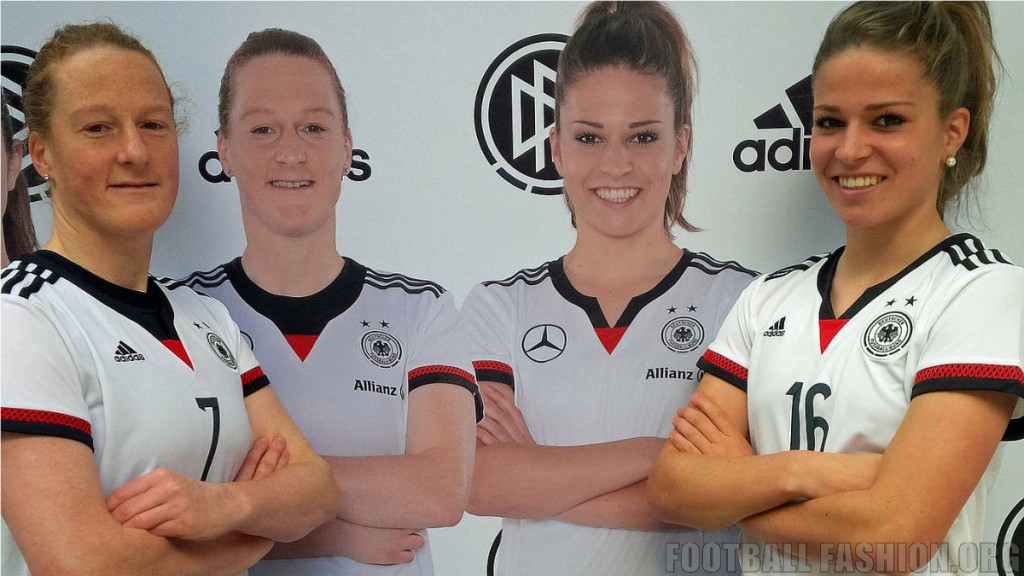 The Germany 2015 adidas women’s home kit is in the traditional white of Die Nationalelf (The National Eleven) and is matched with black shirts and white socks. The jersey uses a female-specific kit design from adidas with crew neck collar that opens into a v-neck. 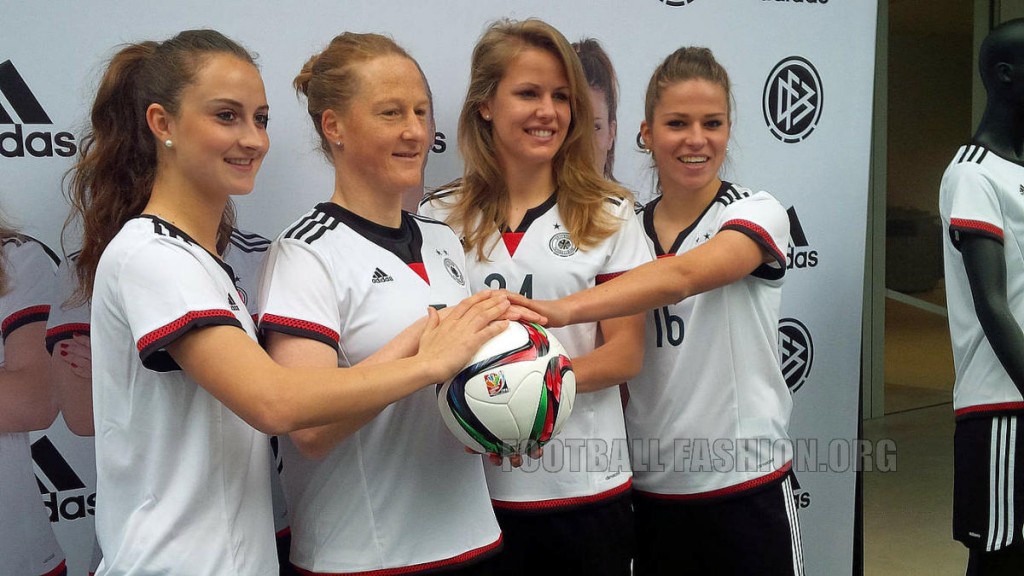 The black and red of the German national flag are used for the collar and the shirt’s sleeve cuffs. A German national flag is printed on the upper outside back of the shirt while two stars representing the German women’s football team’s 2003 and 2007 World Cup titles appear above the DFB badge. The kit will make its match debut during an April 8 friendly against Brazil in Fuerth.

Ranked number one in the world by FIFA, Germany will meet Ivory Coast, Thailand and Norway in the group stage of the 2015 FIFA Women’s World Cup. 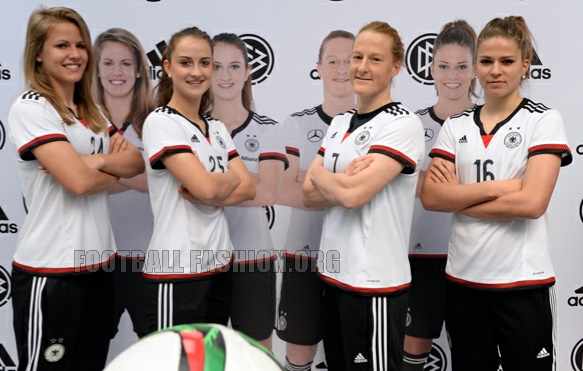 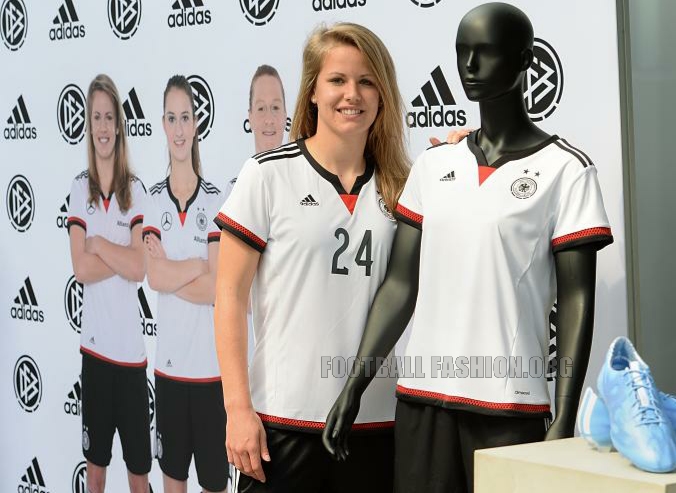