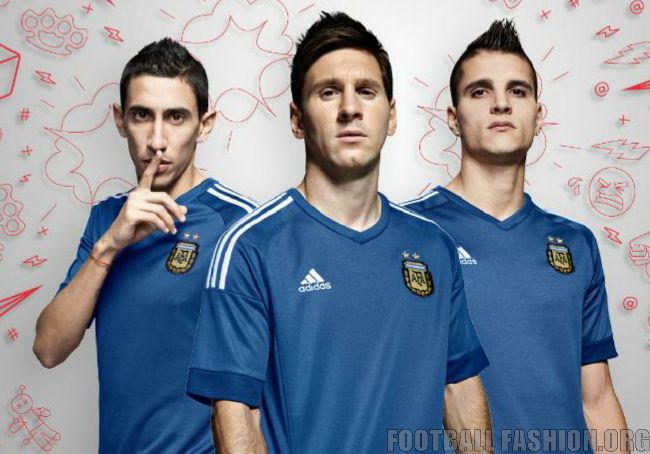 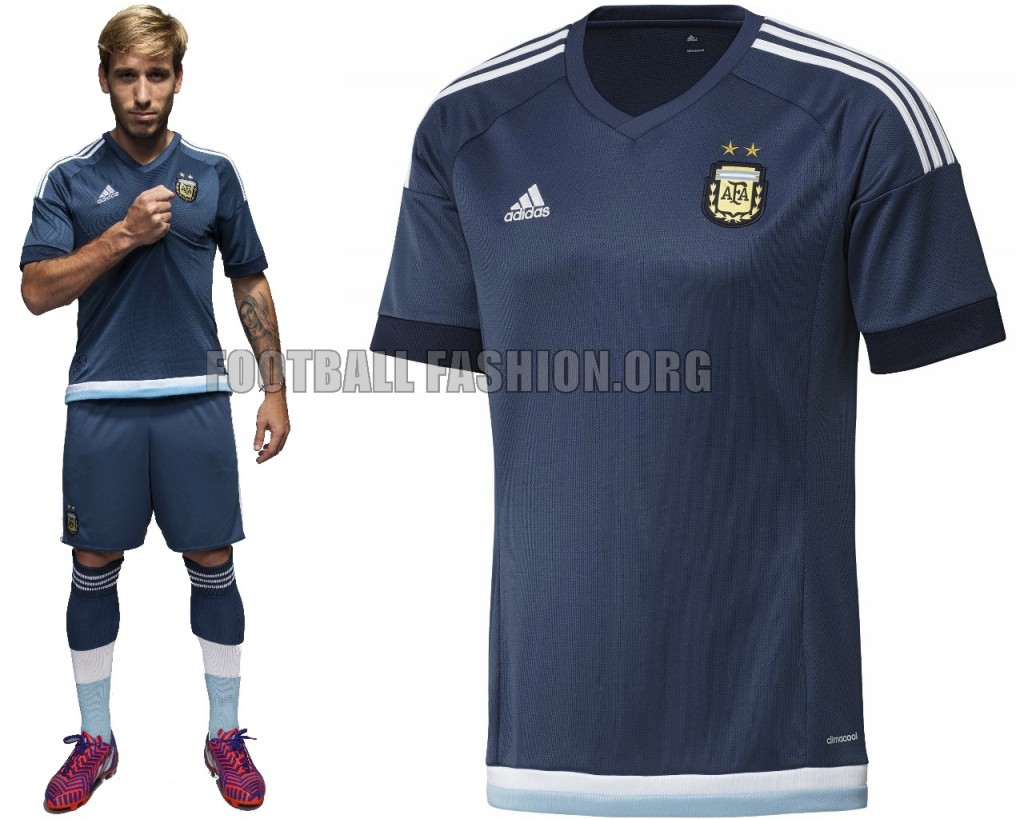 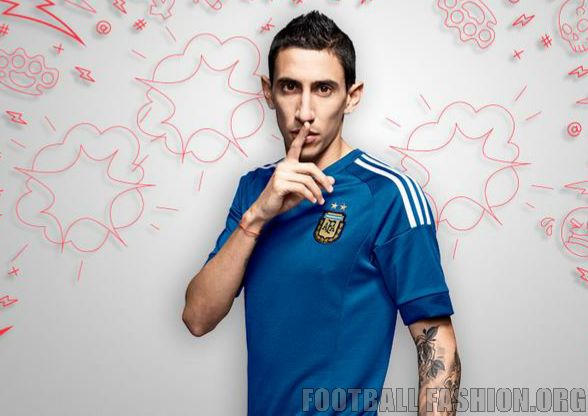 The kit continues the tradition of the Argentina football team wearing dark blue away strips. The primary sky blue and white of La Albiceleste is included in the new strip through its dual-colored waistline and socks. 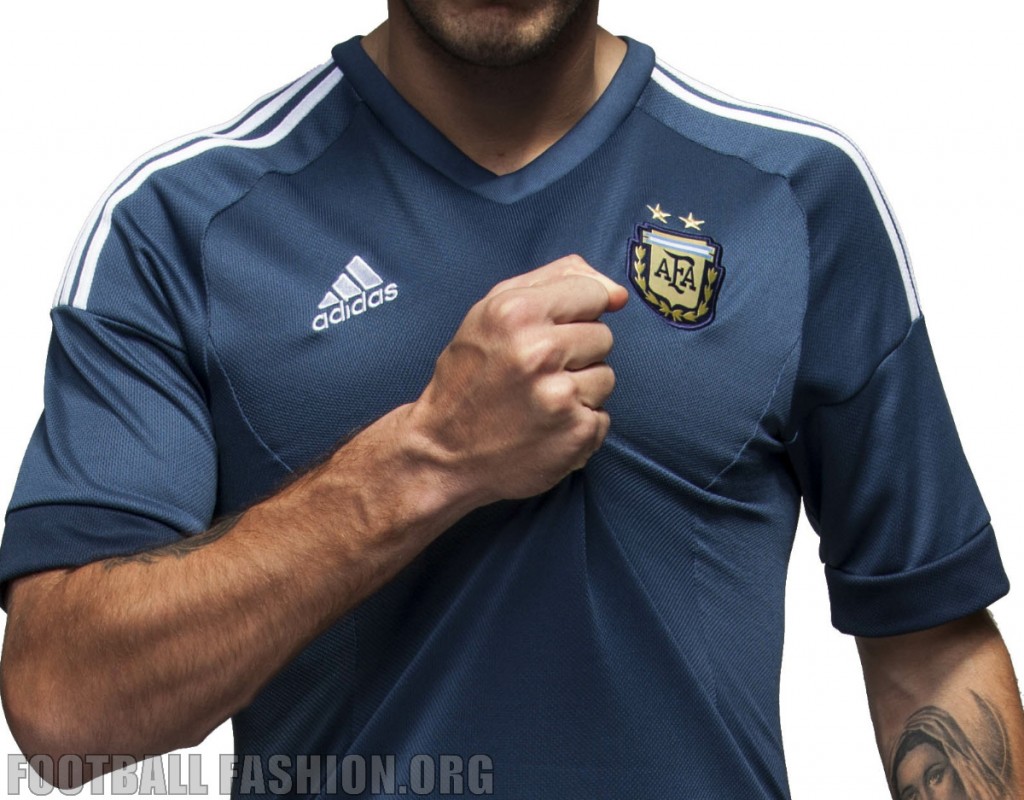 Two golden stars appear above the AFA badge in celebration of the South America country’s two World Cup titles. Embroidery reading “ARGENTINA SOMOS TODOS” (Arentina We Are Together) is included on the the lower front right corner of the shirt. 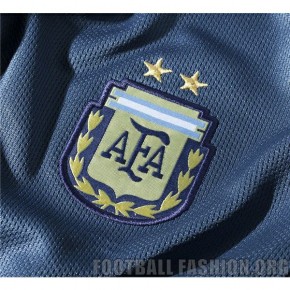 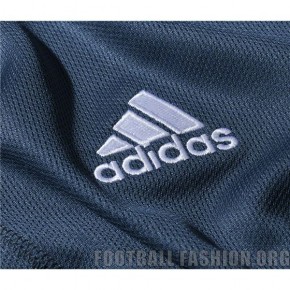 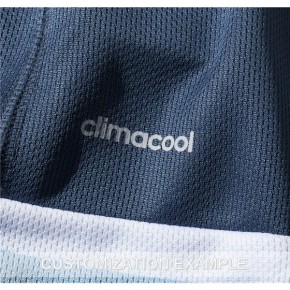