Nike have launched their first ever Norway national football team kits. The 2015/16 home and away shirts were modeled by Norwegian national team players Martin Ødegaard and Caroline Graham Hansen for their online-only reveal.

Both will be available at retailers worldwide including at World Soccer Shop, Subside Sports, UK Soccer Shop and Kitbag from March 21. 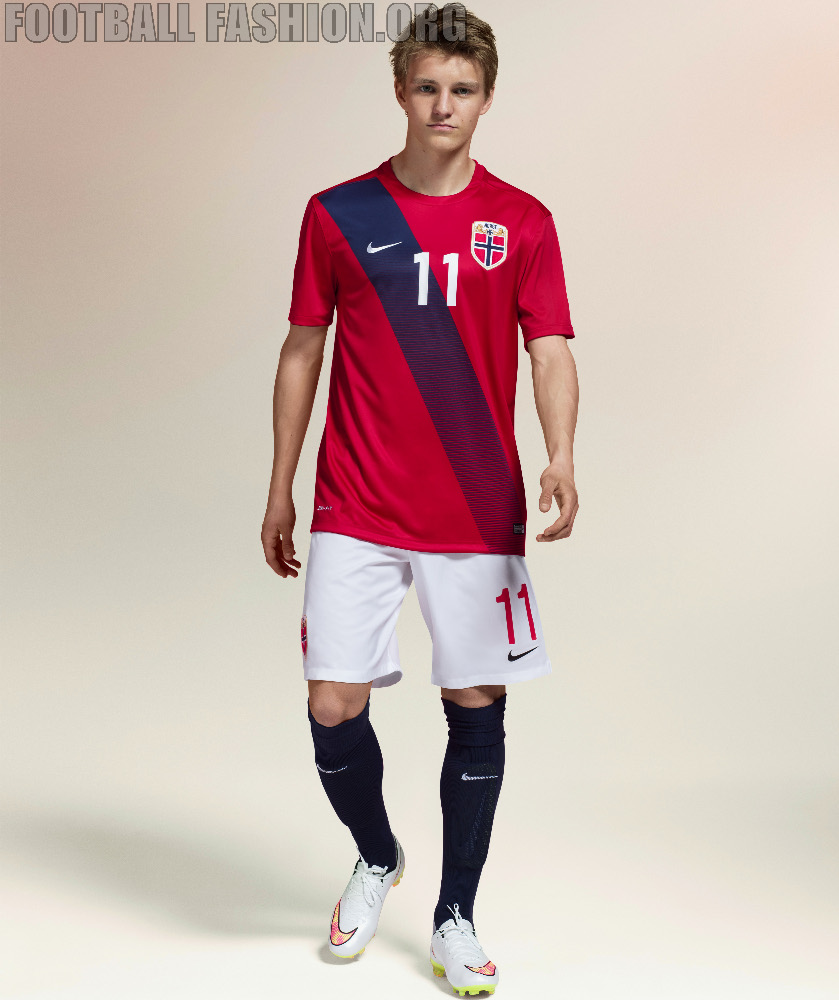 The introduction of the new Norway kits sees the 1998 FIFA World Cup Round of 16 qualifiers in a brand other than Umbro for the first time in over twenty years. Norway will continue to wear Nike uniforms until at least 2021 as part of the new technical partnership between Norges Fotballforbund (the Norwegian Football Association) and the American sportswear giant. 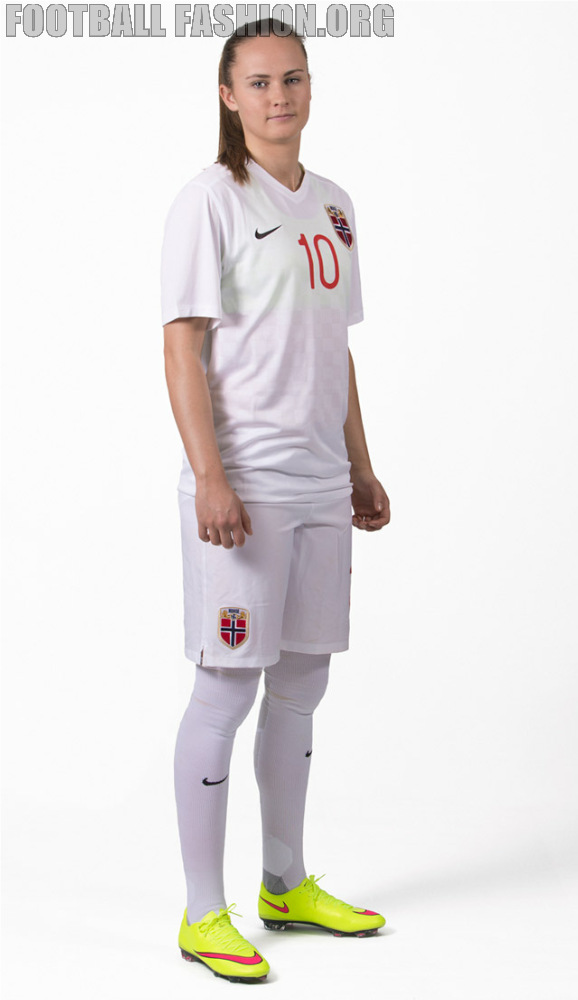 According to Nike: The first-ever Nike home and away kits for the Norwegian National Football Team honor Norway’s footballing heritage while incorporating the latest in technical innovation for maximum performance. The Norwegian side will debut their new away kit on-pitch against Croatia on March 28. 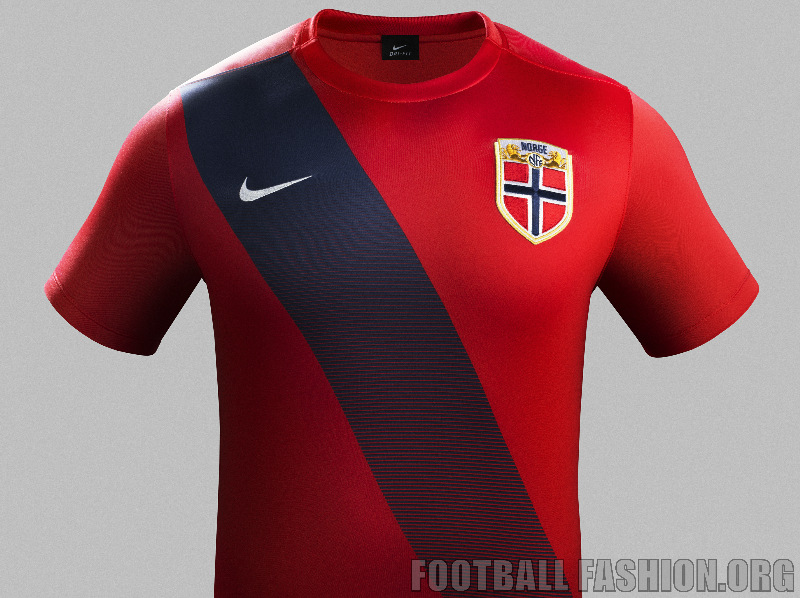 The new Norway kits are designed with the athlete in mind, offering zero distractions from elite performance. They feature a new, specially designed national crest symbolizing the team’s distinctive ability to rally the collective spirit of the country.

The home shirt is in Norway’s traditional red, with a gradient dark blue sash on the front panel. The full home kit includes white shorts and blue socks to create a timeless, crisp look. 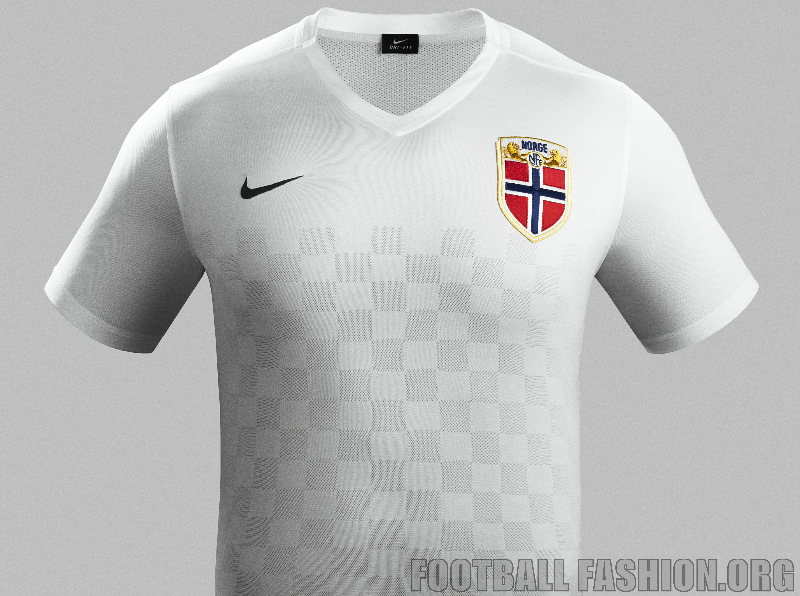 “The kits feel great, look modern and yet are very classic designs,” said Martin Ødegaard, Norway’s youngest-ever senior international. “I wear Norway’s colors with great pride and I look forward to getting onto the pitch in the new kits.”

The away kit is white with a V-neck collar, and the lightweight fabric features a subtle checkered pattern. The white away shorts and socks complete the kit’s clean aesthetic.

“The new Norwegian national team kits combine Nike’s design and innovation expertise and our ambition for football in this country,” said Kjetil Siem, Football Association of Norway General Secretary. “This is the first kit that carries the new crest that represents pride, solidarity and strength – common values we share as a football family and as a nation as we look to the future.”