Owned by Manchester City FC and New York City FC holding group City Football Group, Melbourne City FC have unveiled their 2014/15 home and away kits from Nike. The kit presentation coincided with the announcement of Etihad Airways, the national airline of the United Arab Emirates, as the club’s new principal partner. 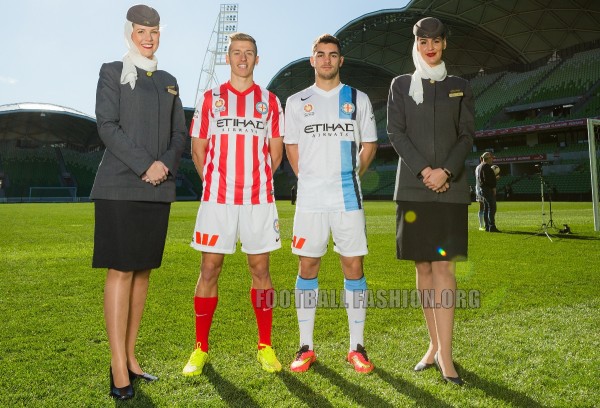 In addition to the branding opportunities, Mr Hogan and Mr Munn also spoke of the broader initiatives that Etihad Airways and Melbourne City FC will work on together which include football schools for children, regular fan competitions, and promotional airfares for Club members and fans. 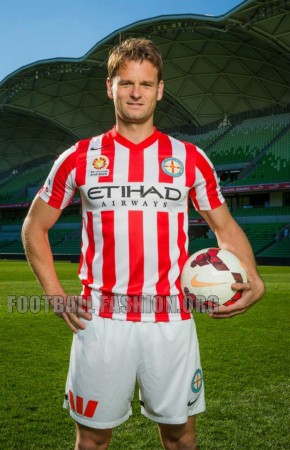 The Melbourne City squad and management team will fly with Etihad Airways, via Abu Dhabi, for the club’s pre-season tour of England departing from Melbourne tonight (Monday 7 July).

The Melbourne City FC Nike home kit is all white with a band of sky blue and black on its left front. The away shirt is in the red and white stripes on the last incarnation of the team – Melbourne Heart FC.

Spain 2014 World Cup striker David Villa will join Melbourne in the coming weeks before moving to New York City FC in 2015. Former Chelsea and Ireland attacker Damian Duff has also signed with the club while Chelsea FC legend Frank Lampard is rumoured to be eying a deal with the Australian A-League side. 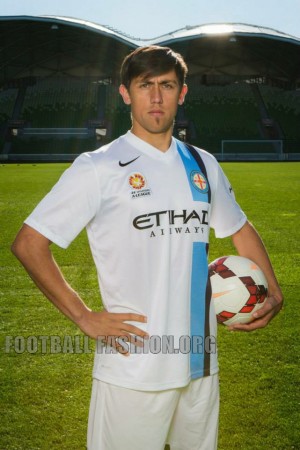