Suprise German Bundesliga champions of a decade ago VfL Wolfsburg have released their 2019/20 home, away and third kits from Nike. 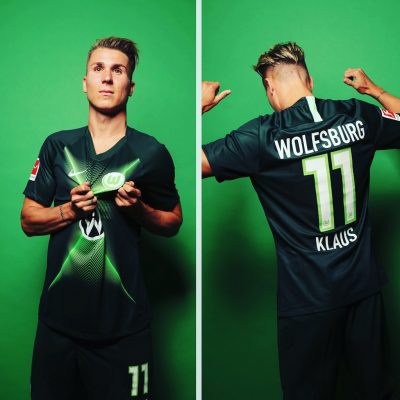 All three jerseys will be on sale at World Soccer Shop, Kitbag, Lovell Soccer, Pro:Direct Soccer and UK Soccer Shop. 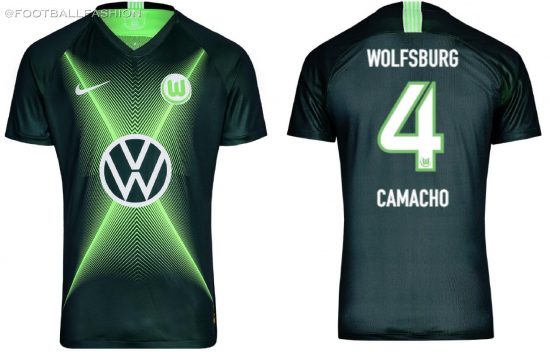 Die Wölfe (The Wolves) will don a dark green home kit for the second year in a row for their 19/20 Bundesliga, DFB-Pokal and UEFA Europa League seasons. 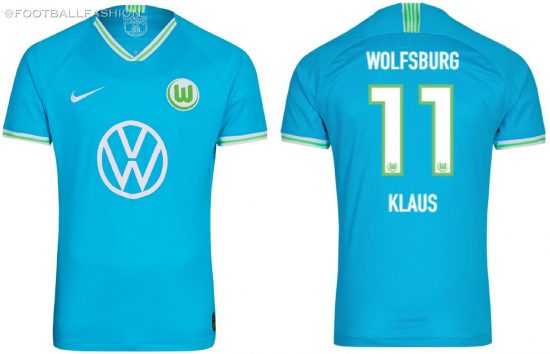 The Nike Vapor Match II shirt has an eye-catching light green X shape with contour lines on its front. 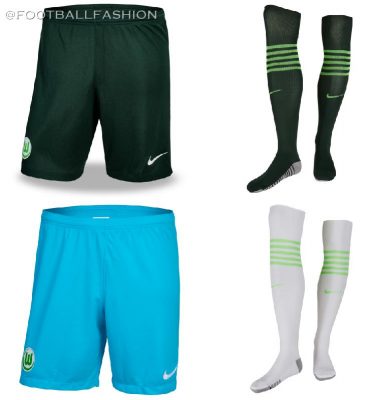 The VfL Wolfsburg 2019/20 away jersey sees the team in a light blue alternate shirt for the first time since they started donning Nike kits in 2015. 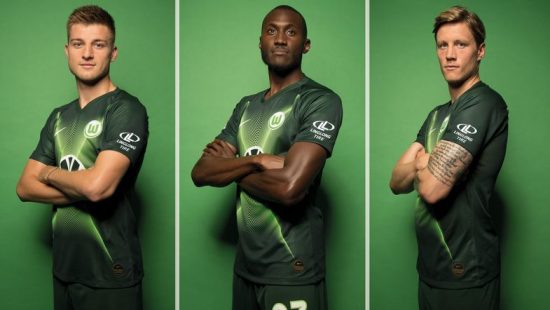 The kit uses a new v-neck design with white and light green details at the collar, sleeve cuffs and back neckline. 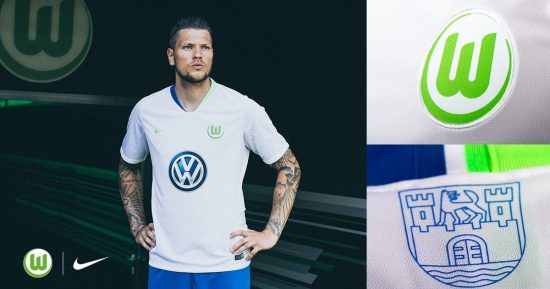 Wolfsburg’s white 2018/19 away shirt will have a run for another year as the popular club’s third or event kit. 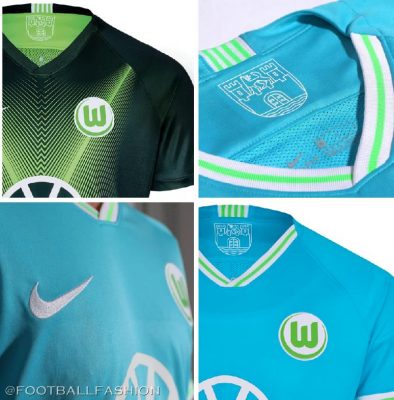 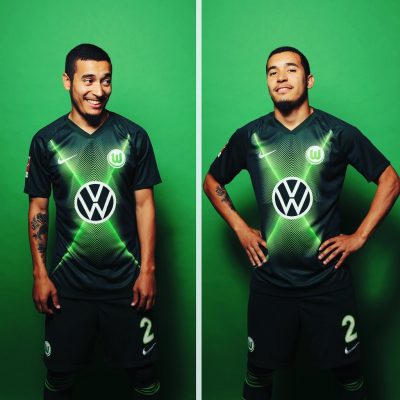