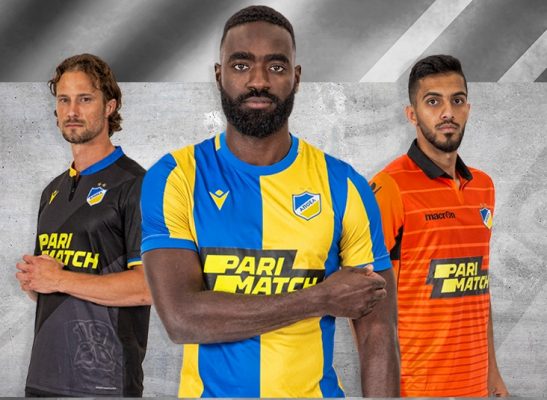 The APOEL FC 2019/20 Macron home jersey has large vertical, yellow and blue stripes on its front. It bears a modern roundneck collar. The inside backneck is customised with the words ΑΠΟΕΛ EΛΛΉΝΩΝ. APOEL FC is embroidered in blue under the rear collar. 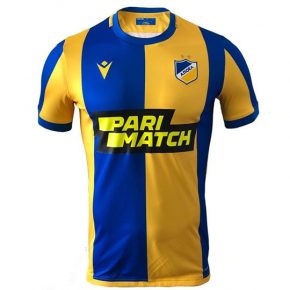 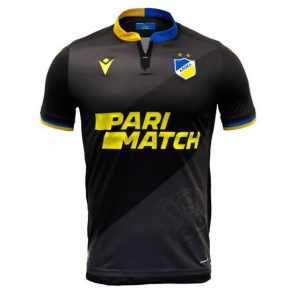 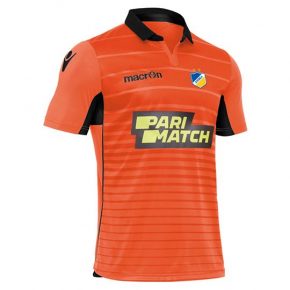 APOEL FC’s 2019/20 Macron away shirt is black with three diagonal stripes in three different shades of grey on its front. The kit has a classy mandarin collar made of the club’s primary blue and yellow. The year of APOEL’s founding, 1926, is embossed in large, stylized numbers on the lower front left of the kit. 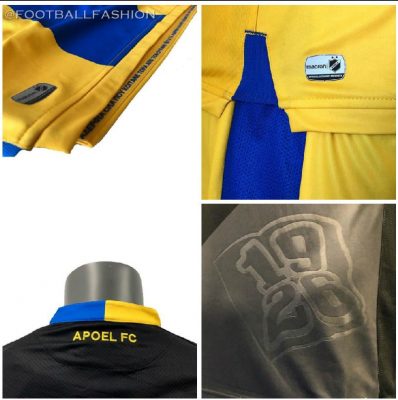 The APOEL FC 19/20 third kit is orange with tonal stripes in a darker shade of the color on its front. The stripes increase in width front the shirt’s waistline to its chest. The jersey has a black, unbuttoned polo collar with matching underarms. As with the home and away kits, APOEL FC’s motto of “APOEL FC brothers looking from Heaven” is printed on silicon tape on the inside waistline. 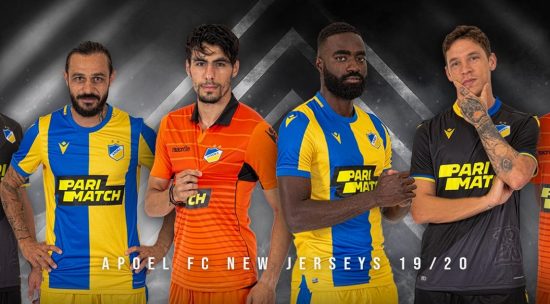 APOEL FC will be in the international spotlight on Tuesday when they host AFC Ajax in the playoff round of the 2019/20 UEFA Champions League. 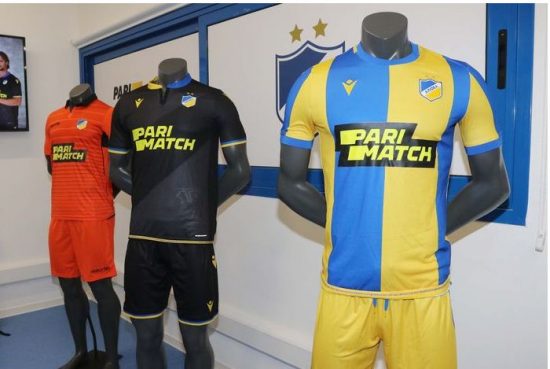