UEFA Champions League quarter-finalists in 2012, APOEL FC will look for their first group stage points of this year’s competition when they host Bundesliga giants Borussia Dortmund on Tuesday. 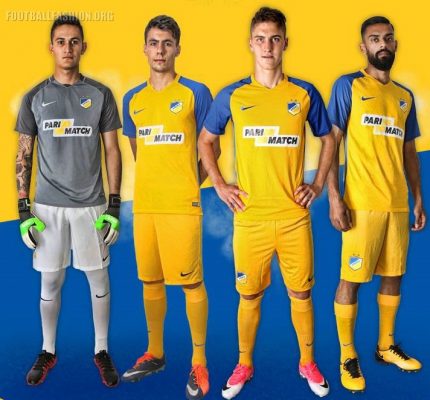 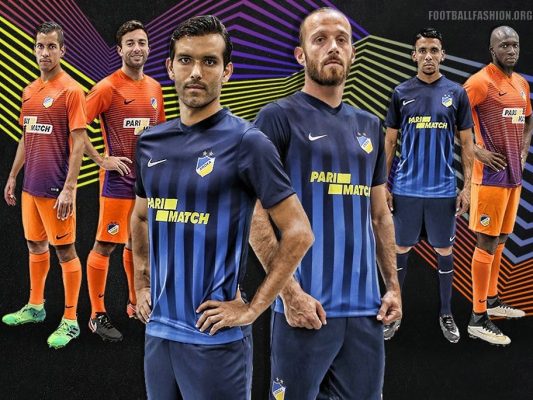 The range includes a home kit in APOEL’s customary primary yellow with blue detailing. The away jersey combines two shades of blue via a series of vertical stripes and a gradient effect towards its chest and sleeves.

The APOEL FC 17/18 third jersey is orange with blue horizontal stripes on its front. The kit also has a gradient effect that sees the blue on the shirt darken towards the waistline.

Cypriot champions for the last six seasons in a row, APOEL FC are in the midst of their fourth UEFA Champions League run.