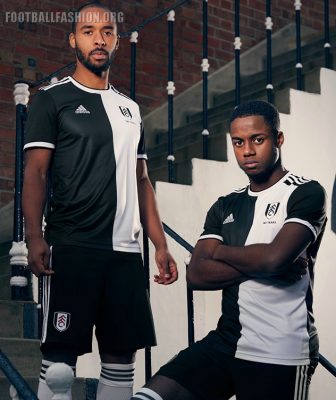 The new Cottagers jersey was revealed by FFC at the site of their founding in 1879 –  Fulham St. Andrew’s Church.

Limited to 1,879 individually numbered shirts, the Fulham 140th Anniversary kit features halves inspired by the club’s first home kit. While the initial shirt was in two shades of blue the commemorative jersey is in the familiar black and white that Fulham adopted in 1889 and has retained in a number of forms since. 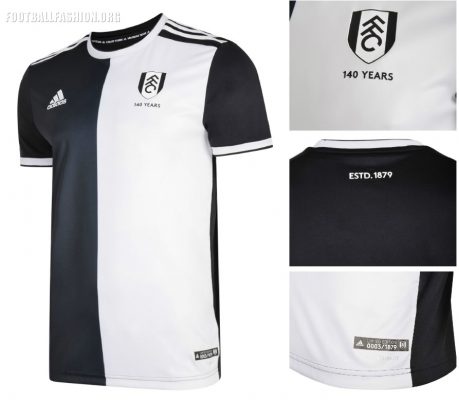 “140 YEARS” is printed beneath a black and white version of the Fulham FC crest. “ESTD. 1879” adds detail to the fully black back of the kit. 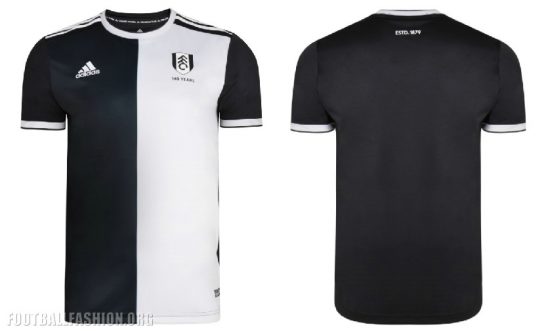 Fulham FC will wear their 140th Anniverary adidas kit during their 2019/20 pre-season campaign this summer.