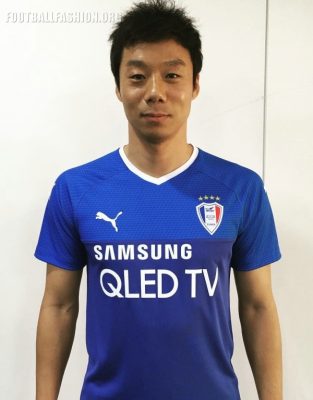 The popular Korean K League 1 side unveiled their 2019 home and away kits shortly after the announcement of the new teachnical partnership. 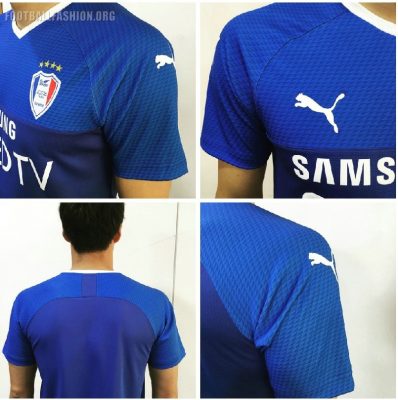 In the usual home blue and away white of the Bluewings, the jerseys are the first club of federation shirts to use a v-neck design from PUMA. 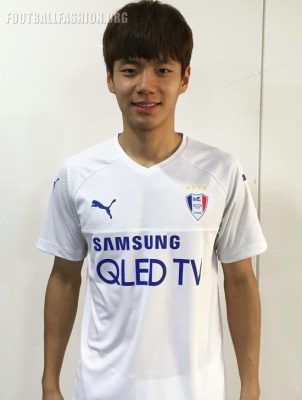 The somewhat minimalistic are highlighted by an upper chest, sleeve and upper back area featuring a a print that includes diagonals and triangles that reflect the club’s Bluewings name. It also creates a look reminiscent of chain link armor. 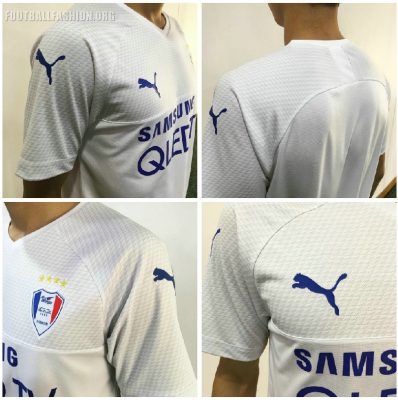 A short vertical strip that resembles those on Nike’s Vapor match kits runs about two inches down the upper back of the jersey from the rear collar.

Sixth-placed finishers in K League 1 in 2018, Suwon Samsung Bluewings kick off their 2019 season at Ulsan Hyundai FC on March 1st.