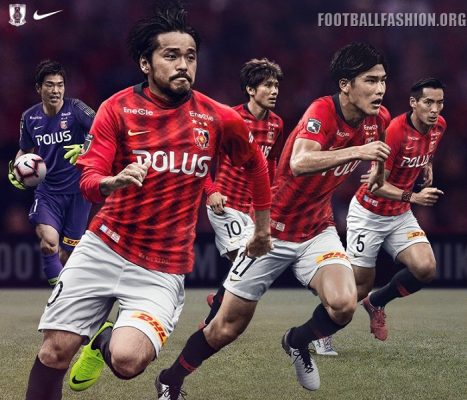 The Urawa Red Diamonds 2019 kits use Nike’s current Vapor design. The primary shirt is in the club’s customary red with a touch of black towards the rear of its v-neck. The alternate jersey is all black with bright yellow collar detailing. 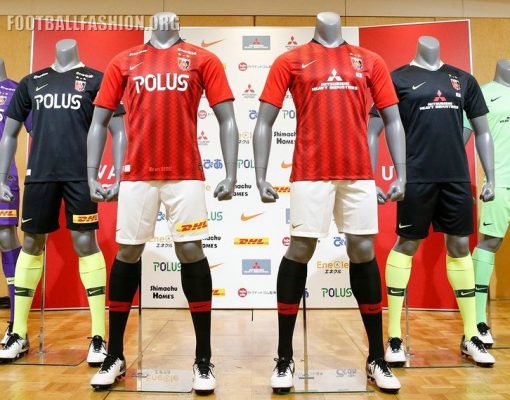 The Urawa Reds 2019 Nike home kit has a series of tonal stripes running along its front and back. They are made up of diamonds linked together to represent the bond among the team’s players and its fans. 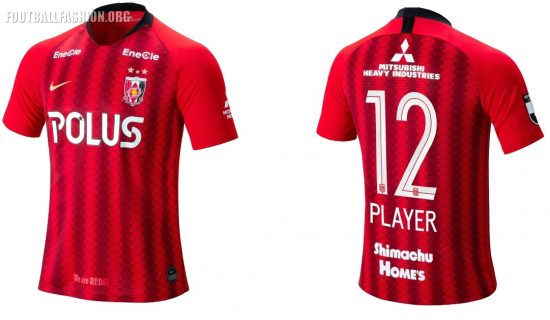 “WE ARE REDS” is printed just above the the waistline of the home and away kits. 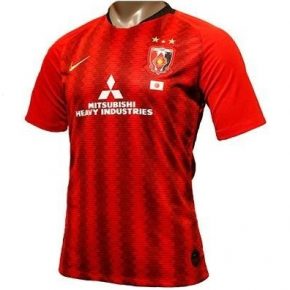 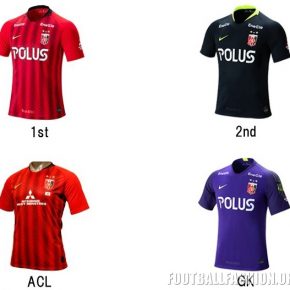 Two large golden stars are embroidered above the Urawa Reds crest to recognize their 2007 and 2017 ACL titles. 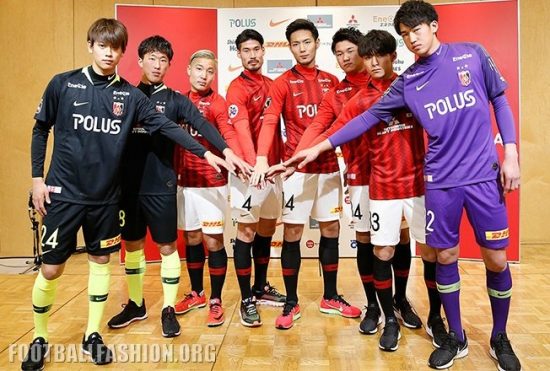 A smaller star appears in between them in celebration of the Reds 2006 J1 League championship. 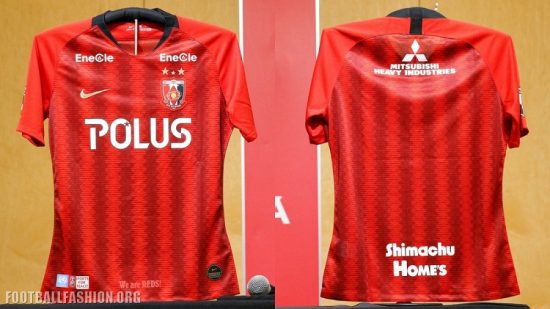 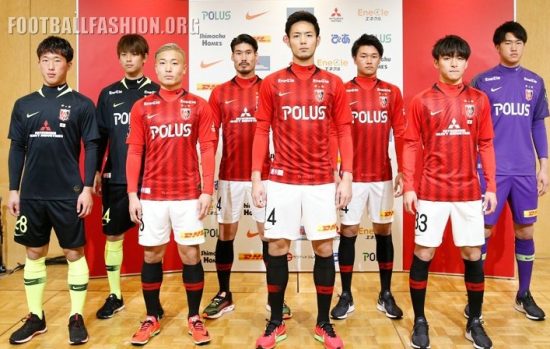