Last year’s J. League and Emperor’s Cup winners Cerezo Osaka have revealded their 2019 home and away kits from PUMA Japan. 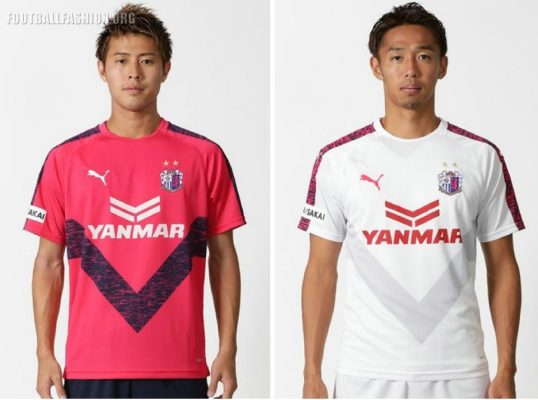 Both use a new design from PUMA featuring a crewneck, the brand’s Formstripe on their sleeves and shoulders and a heather effect throughout intended to express the energy of the J1 League club’s supporters. 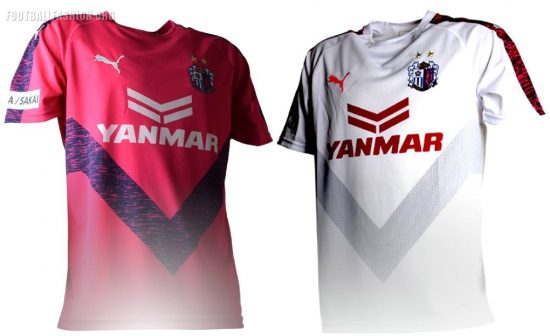 Released using the motto “Osaka and Sakai’s Beat”, the Cerezo Osaka 2019 PUMA home and away kits are highlighted by a v-shape beneath their front shirt sponsor logos. The motif represents the team’s tradition of victory that includes six J2 titles along with last season’s cup double. 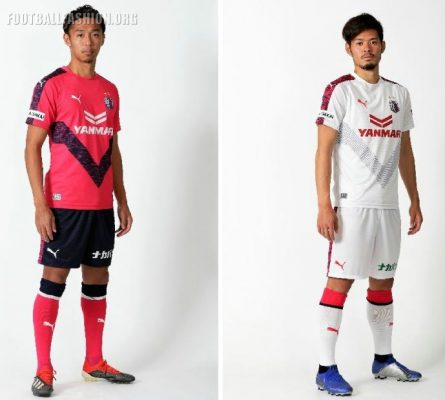 The Cerezo Osaka 2019 PUMA home jersey is in the club’s traditional pink with dark blue used for its v-shape and sleeve and shoulder striping. The away shirt is has a white base with a light gray v motif and dark pink and navy blue shoulder stripes. 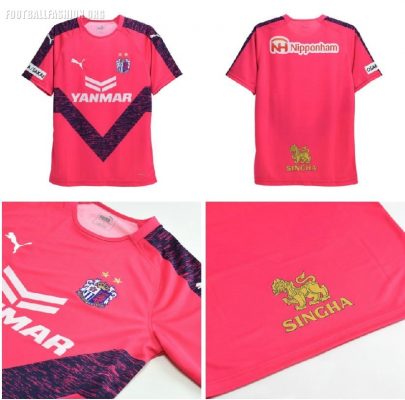 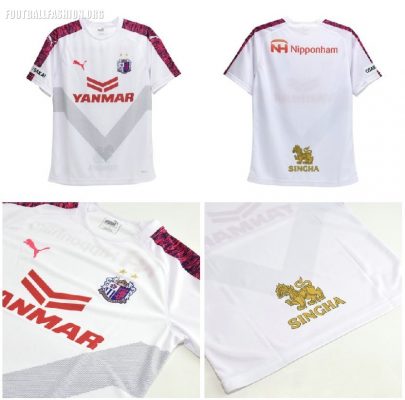