French Ligue 1 champions Paris Saint-Germain continue to launch gear that transcends soccer with the unveiling of a 2018/19 American football jersey from club and NFL outfitter Nike. 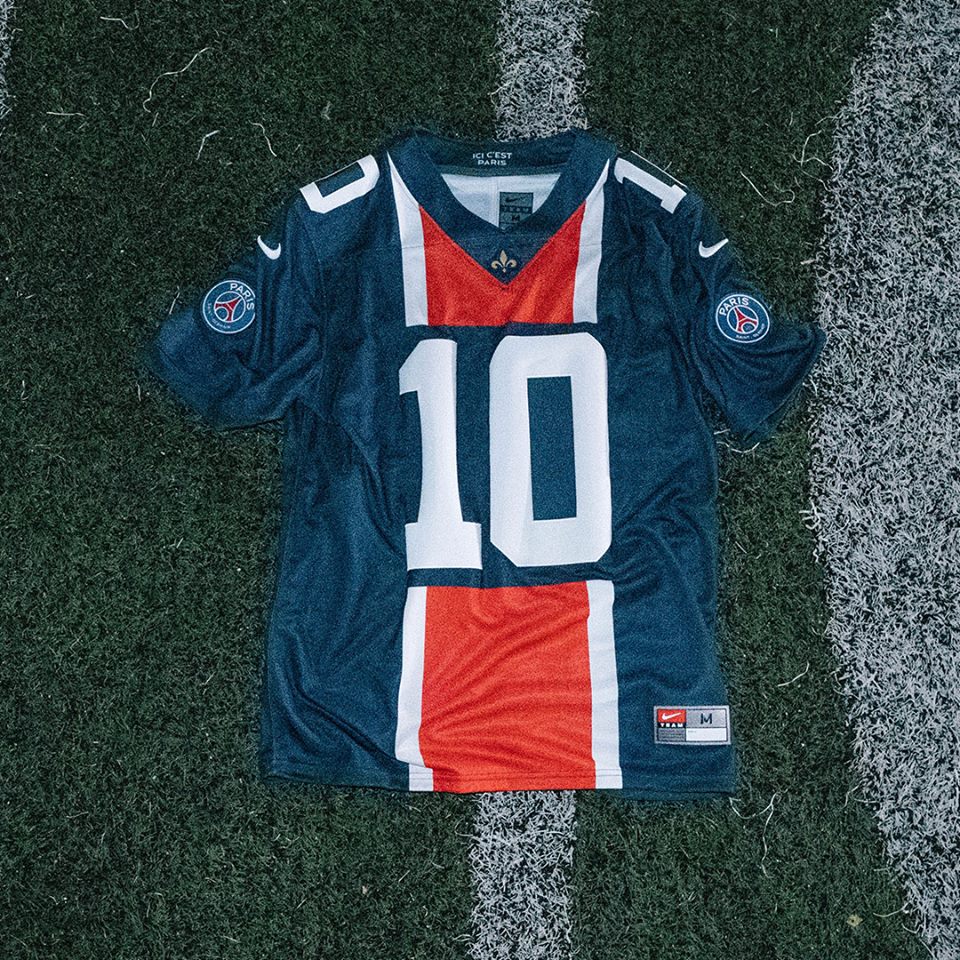 Now on sale at World Soccer Shop, the PSG 18/19 Nike NFL shirt is in the club’s famous blue with a red strip bordered in white on its front. The look is actually quite reminiscent of classic Paris Saint-Germain kits of the 1970s to 1990s. 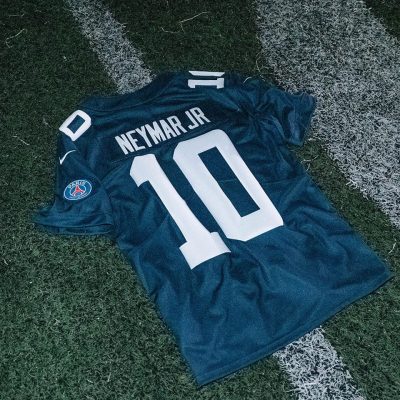 PSG’s crest is embroidered on both sleeves while the team’s motto of “ICI C’EST PARIS” (HERE IS PARIS) is printed on the inside rear collar. A Fleur-de-lis is emboridered in gold at the bottom of the jersey’s v-neck. 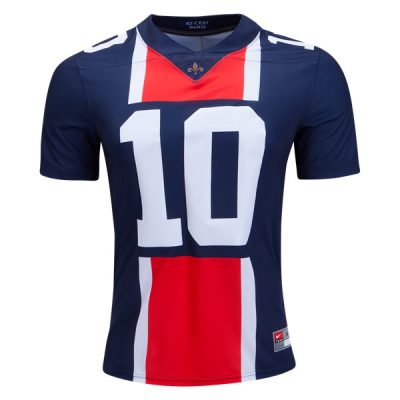 Paris Saint-Germain star striker Neymar Jr’s name and number 10 appear on the back of the shirt. In gridiron tradition, the player’s number is also printed on the shoulders and front. 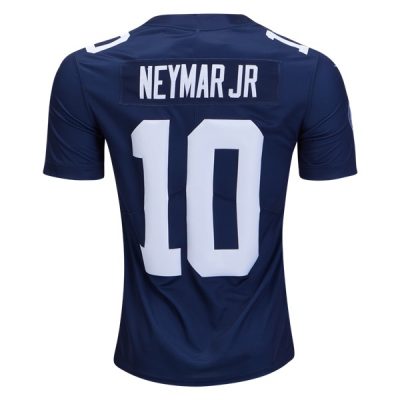