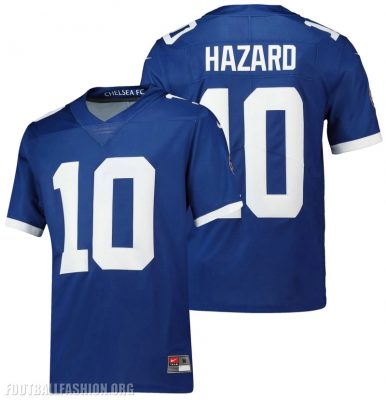 As is the case with the gridiron-inspired shirt of London neighbors Tottenham Hotspur, the Chelsea FC 2018/19 NFL jersey uses the same Nike template that all of the teams in the USA’s most popular professional sport are wearing this season. 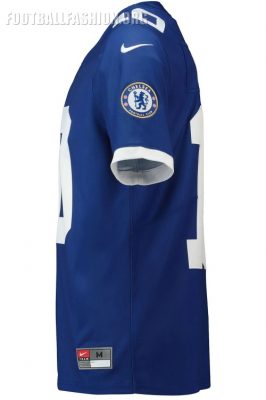 The Chelsea FC crest is embroidered on both shoulders while the team’s name is printed on the inside collar. 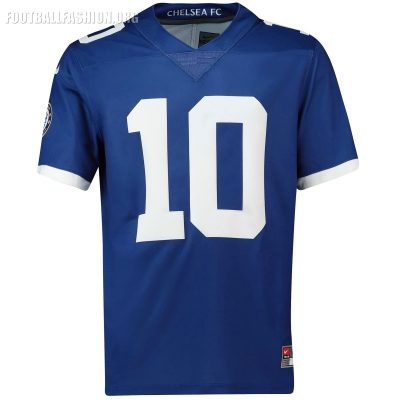 The jersey is in classic Chelsea home blue with white player name lettering and numbers. The launch version of the kit carries the surname and number of star sttacker Eden Hazard. 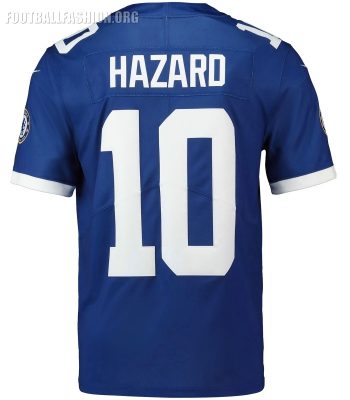