Nike Football unveiled a pair of 2019 England national team pre-match kits ahead of the Three Lions 3-0 win over the USA at Wembley on Thursday. 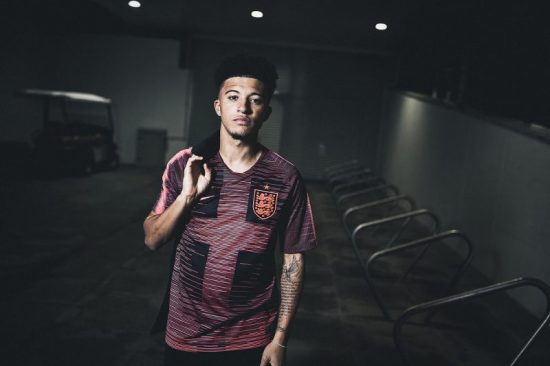 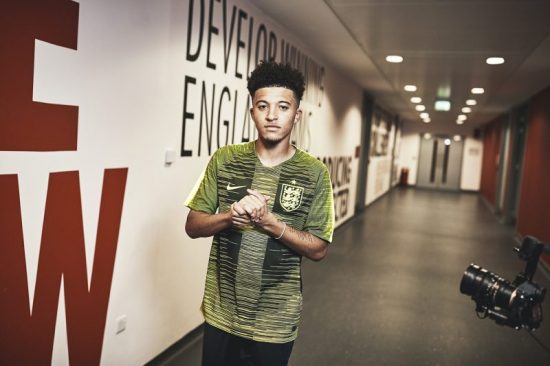 In what Nike calls Volt/Black/Volt and Racer Pink/Black/Racer Pink colorways, the shirts have the same silhouette as the team’s 2018/19 home and away Nike Vapor kits. 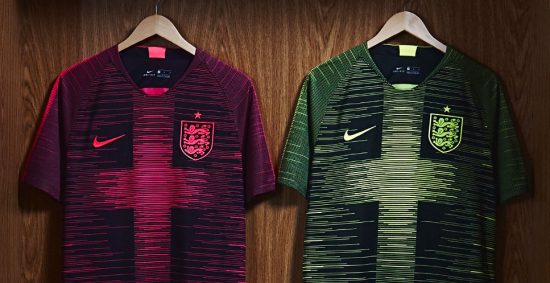 The country’s St. George’s Cross adorns the entire front of the England 2019 Remix jerseys. It also appears on the rear outer collar. 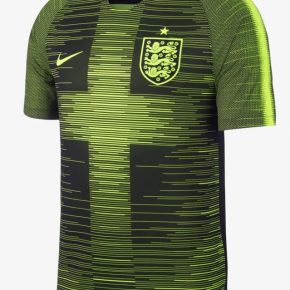 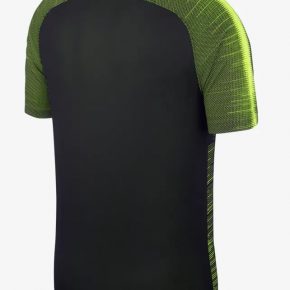 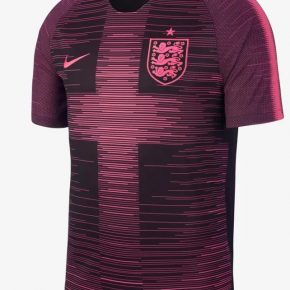 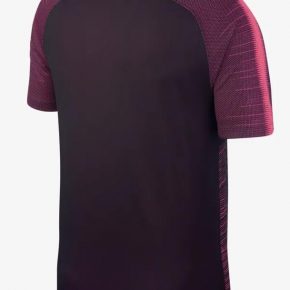 A series of broken horizontal lines create a modern, multi-colored look at the front while a mixture of dots, lines and shoulder stripes add flair to the shoulders and upper back. 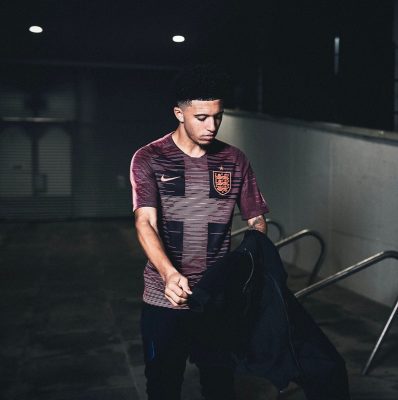 The England FA crest departs from its normal light blue, red and white and instead blends in with the colors used for the rest of the kits.