Slated to be worn for five of the club’s matches, the LDU Quito 100th Anniverary jersey is based on the first shirt worn by the popular side when it was founded in 2018.

The kit carries a classic football shirt look with a white base and poolo collar. A wide red sash runs along the front of of the jersey. The club’s first ever crest is used in place of their modern badge. “1918 – 2018” is printed beneath it. 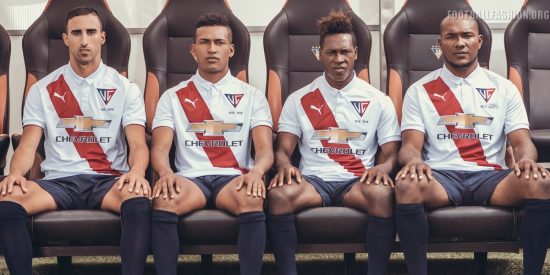 The Liga de Quito 100th Anniverary uniform is completed with dark blue shorts and socks. It was worn for the first time during Saturday’s home win over Deportivo Cuenca. 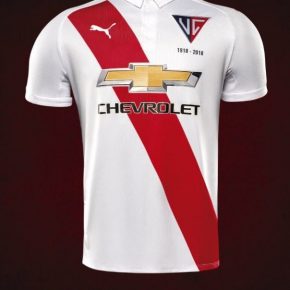 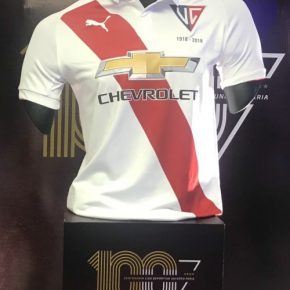 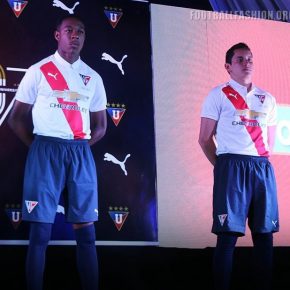 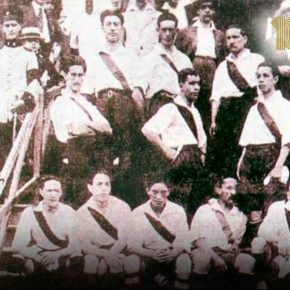 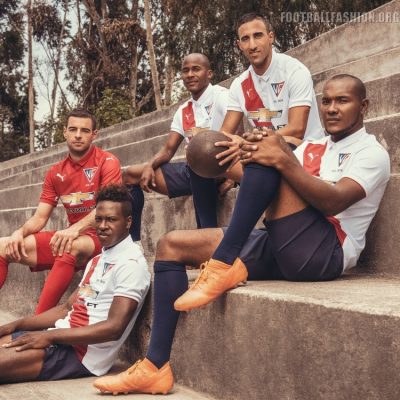