Real Valladolid will be in the limelight on Saturday when they host defending league and Copa del Rey champions FC Barcelona in Round 2 of Spanish La Liga action at El Estadio José Zorrilla. 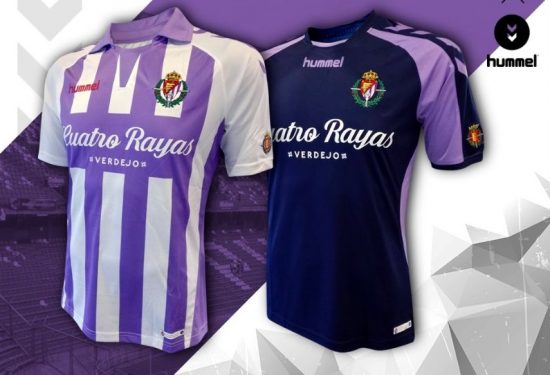 Valladolid are wearing kits from hummel for the sixth season in a row for their 2018/19 campaign. 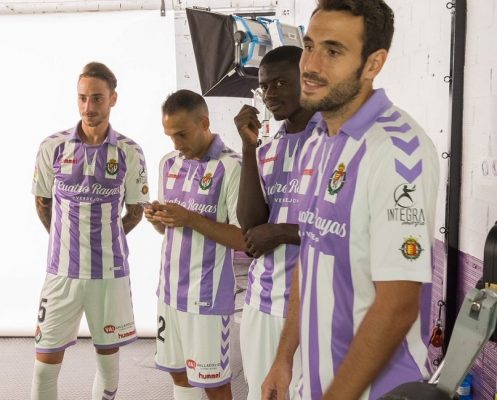 The club’s home kit features they customary white and violet vertical stripes on a classic football shirt design with a somewhat oversized polo collar. The sleeves and shoulders of the shirt are white with violet hummel chevrons on them. 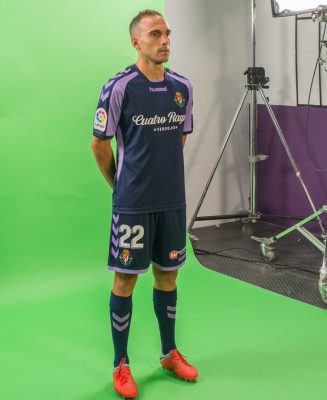 The Real Valladolid 18/19 hummel away kit has a more modern vibe. It combines deep purple on its front and back with a lighter shade of the color on its sleeves and flanks. It has a contemporary modern neckline. 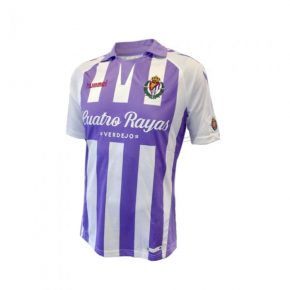 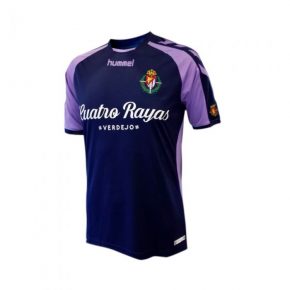 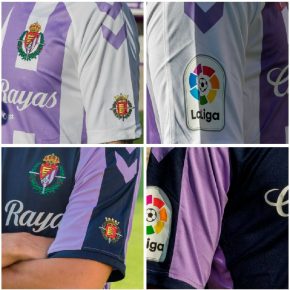 Promoted from La Liga 2 via the playoffs in June, Real Valladolid last appears in La Liga in 2014. 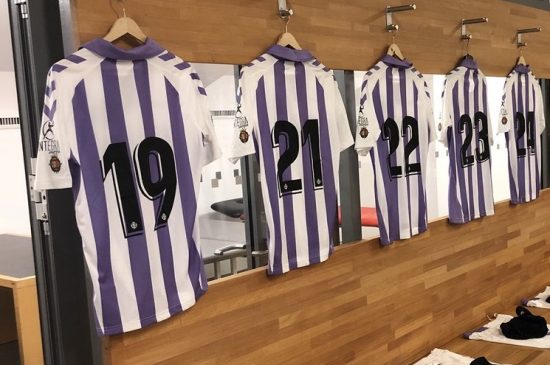